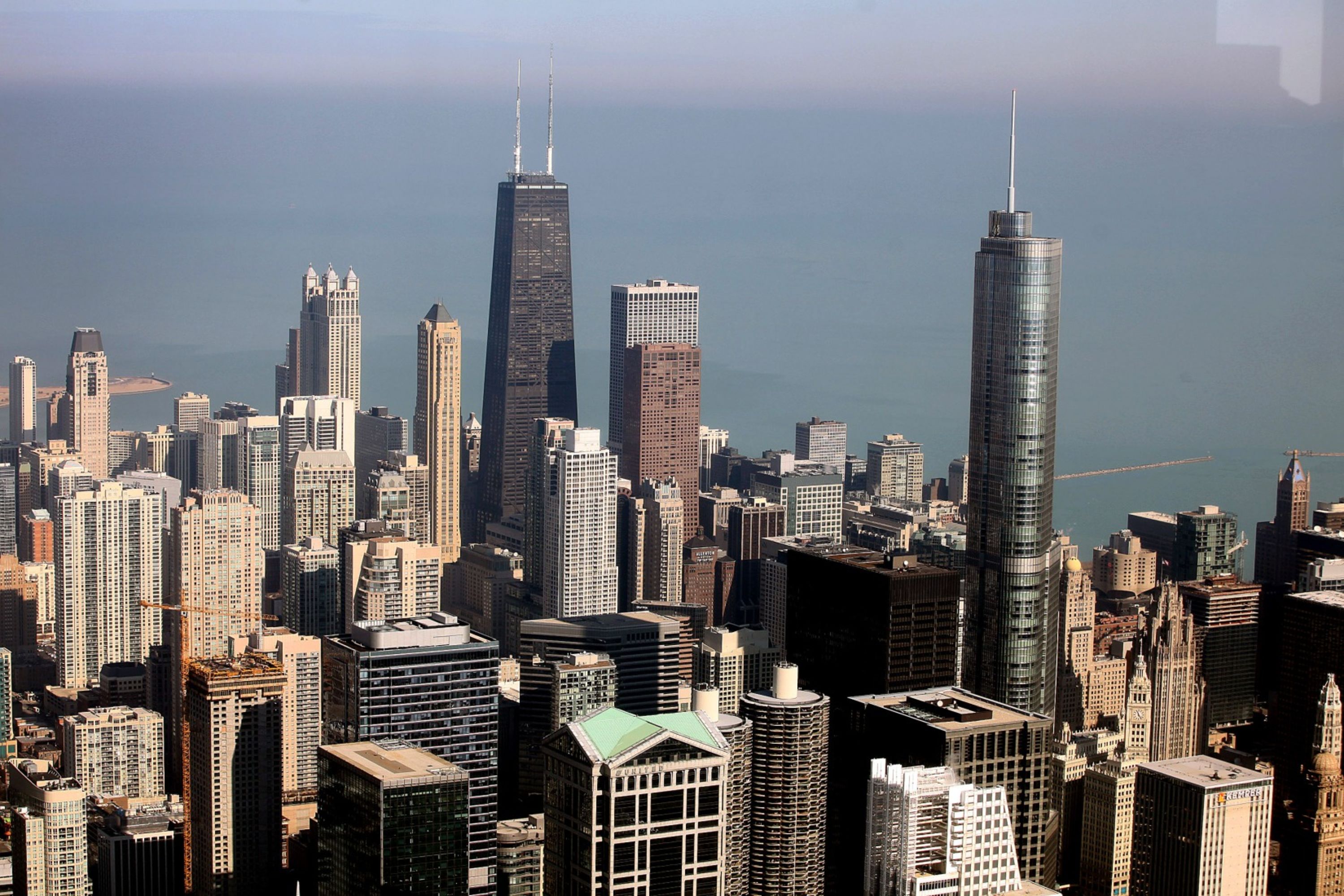 Chicago heads into the market this week with an upsized $2.2 billion refinancing under its general obligation and Sales Tax Securitization Corp. credits after finalizing the results of a tender and exchange offer.

Chicago launched the tender/exchange offer to holders of $4.3 billion of general obligation and motor fuel tax-backed bonds in November as part of a long planned $1.25 billion refinancing that was separate from an additional $1 billion in tender/exchange authorization.

The deadline to submit tender offers was Friday and the city posted a notice of results and acceptance offers Monday on the Municipal Securities Rulemaking Board’s EMMA site. Loop Capital Markets LLC and Goldman Sachs are senior managers on the refinancing and are dealer manager on the tender/exchange. Globic Advisors is the tender agent.

The city will now head into the market Tuesday with $469 million of tax-exempt bonds to current refund outstanding debt and to pay a portion of the tendered bonds. That’s up from $224 million. A tax-exempt B series was set Monday at $219 million based on the bonds the city has selected to exchange.

The finance team will release initial pricing talk Tuesday on the STSC taxable bonds ahead of a Wednesday pricing.

The STSC, set up in 2017 as a higher-rated, bankruptcy remote vehicle to refinance outstanding GO debt at greater savings, will refund $377 million in a tax-exempt series, up from an initial estimate in the offering statement of $244 million, and $1.18 billion in a taxable series, up from $737 million.

Both are selling under the STSC’s second lien.

Chicago last year conducted its first tender/exchange to holders of $1.8 billion of high-interest taxable bonds as part of a $1.5 billion GO/STSC refunding. The $370 million of tendered bonds contributed $40 million to the overall $310 million of savings providing budgetary relief in 2020 and 2021.

Exchanges were once mostly limited to distressed borrowers looking for relief, but took hold among more traditional borrowers this year and have accelerated in the latter part of the year, said Matt Fabian, partner at Municipal Market Analytics.

“Issuers now have the advantage as they have investors’ attention” between the use of taxable refundings and dearth of tax-exempt supply, Fabian said. “Investors are desperate to maintain their tax-exempt bonds so will pay the added expense of engaging in the exchange just to keep their bonds over losing them to a taxable refunding. It has become a full-blown trend.”

For the market, it’s a benefit to keep tax-exempt supply for secondary trading over losing it through a taxable refunding following the 2017 tax law that eliminated advance tax-exempt refundings.

The city will take the roughly $250 million in refunding savings upfront to help balance Mayor Lori Lightfoot’s 2021 and 2022 budgets. City officials did not provide an updated savings estimate Monday.

The latter is a practice the city has used on refundings as a means to bolster upfront savings but it’s frowned upon by market participants when used outside of new money deals with a project construction period and some view it as a more modest form of scoop-and-toss, the term for the city’s long-running practice of rolling old debt into new bonds.

Bennett has stressed that all maturities achieve savings and no debt is being pushed out or scooped-and-tossed as was a common practice on city GO sales under former mayors Richard M. Daley and Rahm Emanuel. The latter shed the practice on GO deals in his final years but early STSC deals pushed out repayment of GOs with savings achieved because of the STSC’s higher ratings.

“This practice, with respect to GO refunding bonds, ended in 2018, one year prior to target date, but refinancing by Sales Tax Securitization Corporation has historically extended the maturity of the debt refunded,” Kroll Bond Rating Agency said in its recent report on the deals. Lead Chicago analyst Harvey Zachem added that’s not been the case on the 2020 refinancing and the upcoming sale.

“It sounds like a form of scoop-and-toss,” he said.

“Given a lack of information, investors will largely have to wait until after both sales close to accurately review their impact on the city’s maturity schedules,” CreditSights said in a report published Monday on the GO deal.

“We will have to see ultimately how debt service looks after the sale compared to today to get a full understanding” of the refinancing’s impact, said Fabian, who labels the use of capitalized interest in a refinancing deficit borrowing.

The city heads into the market on the tailwinds of near-term ratings stability driven by its rising revenue picture and $1.9 billion of federal relief and a market in search of any hint of yield.

“This week’s aggressively successful sale by the state of Illinois demonstrates the demand for incremental yield is still very strong,” Ceffalio and Patrick Luby, senior municipal strategist, wrote Friday in CreditSights’ look ahead at the calendar this week.

The city captured tighter spreads than seen in a decade on its 2020 GO sale. The 10-year landed at a 109 basis point spread over the Municipal Market Data’s AAA benchmark compared to 169 bp spread on its 2019 issue. The 10-year has sharply narrowed and is currently evaluated at a 52 bp spread.

The 10-year STSC bond last year landed at a 62 bp spread to the AAA compared to an 83 basis point spread on the previous deal. It has since narrowed to 25 bps, according to MMD.

The city’s GOs carry a BBB-minus rating from Fitch Ratings, A from Kroll Bond Rating Agency, and BBB-plus from S&P Global Ratings. All — along with Moody’s Investors Service which rates Chicago at a speculative grade and has not been asked to rate city deals for years — revised the city’s outlook back to stable in recent months from negative where it had been moved last year due to worries over the pandemic.

The STSC bonds carry AA-minus ratings from Fitch and S&P and AA-plus from Kroll. All outlooks are stable. The bonds mature from 2024 to 2048. P

CreditSights placed a market perform rating on Chicago GOs and said in a review published Monday that “aggressive-minded investors may find a tactical opportunity for near-term spread tightening of Chicago’s along with the market” even though it doesn’t view the current spreads as providing sufficient compensation for the longer term credit risks.

The city sought to put its best foot forward in an online investor presentation.

“Chicago is showing a strong recovery from the impacts of COVID-19 and has made substantial progress on several key financial metrics,” the “roadshow” presentation says.

The city’s balance sheet benefits from $980 million of reserves that are equate to 27% of 2020 operating revenues. Debt amortization will provide room for $660 million in borrowing to support the city’s $1.2 billion COVID recovery plan and to fund a multiyear $3.7 billion capital plan.

The city next year also will have moved to actuarially-based contributions to all four of its pension funds under a plan to achieve 90% funded ratios by 2058.

But the city’s pension net pension liabilities of $33 billion and weak 23.5% funded ratio remain burdensome and leave the funds at risk in the event of poor investment returns. Pension pressures and the need to meet the 2023 structural target pledge to keep current ratings weigh on investors’ sentiments given the city will exhaust federal aid in a couple years.

Which Big Tech Stock to Buy on the Dip
How To Trade False Breakouts: Beginner Guide
Can J.C. Penney survive?
Why is Protagonist Therapeutics (PTGX) Soaring 90% Today?
How Long Should You Spend on Analyzing a Stock Chart