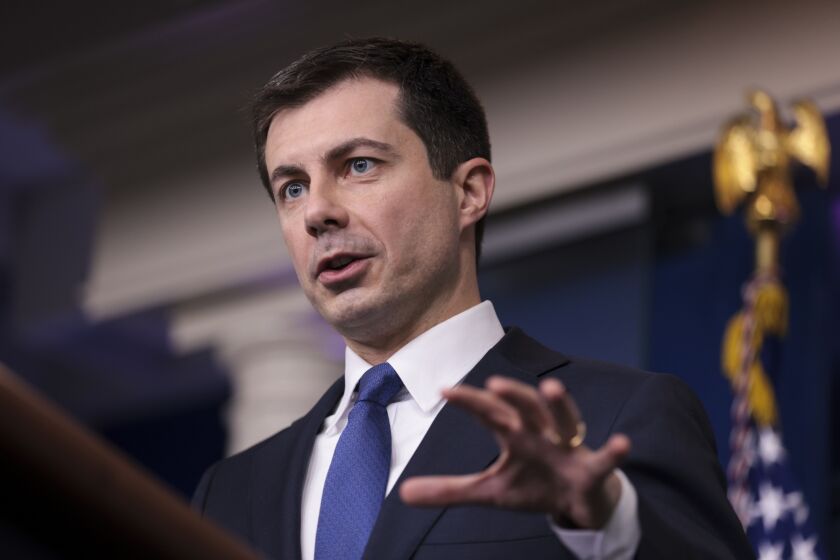 The federal government is seeking feedback on the new Infrastructure Investment and Jobs Act and one of the act’s most high-profile sections, the electric vehicle charging infrastructure program.

The pair of Requests for Information, published this week, mark the first step toward developing guidance for the $1.1 trillion package. The act features dozens of new programs that will require guidance and rules. Existing programs that are tweaked under the new law may also require new rules.

For states and local governments, the guidance will be key as they attempt to snag competitive and discretionary grant funding or the formula-based funding included in the new law. Some issuers have hired lobbyists and are expected to expand their grant-writing teams.

President Joe Biden signed the IIJA into law on Nov. 15. It marks one of the largest federal monetary infusions into infrastructure in U.S. history and features both formula grants that will flow largely to states and discretionary and competitive grants that all levels of government will compete for.

The American Association of State Highway and Transportation Officials plans to submit its top priority questions and recommendations to the Department of Transportation by the end of December, said AASHTO’s program director for transportation finance Susan Howard, who dubbed it an “implementation roadmap from state DOTs.”

AASHTO plans to submit program-level recommendations by the end of January, she said.

Federal agencies like the DOT and the Department of Energy will be responsible for standing up new programs or updating programs that were modified under the law. The agencies will go on a hiring spree to handle the work, DOT Secretary Pete Buttigieg has said.

The DOT’s Federal Highway Administration published on Tuesday a request for information on implementation of the entire bill. The FHWA is particularly interested in comments on how best to implement highway formula programs, says the RFI, which does not include a deadline for the comment period.

On Monday, the FHWA published a request for information on the development of guidance for the electric vehicle charging infrastructure grant programs. The deadline to respond is Jan. 28, 2022.

The RFI notes that the IIJA directs the DOT, in coordination with the Department of Energy, to develop, within 90 days of the law’s enactment, guidance for states and localities to strategically deploy EV charging infrastructure.

The EV charging infrastructure program is expected to get a lot of attention, said Howard.

“I don’t think it was a coincidence that it was the first out of the gate,” Howard said. “It’s a huge priority for the administration. This is an area that the state DOTs have been involved in but this is a stepped-up level of involvement as the states are tasked with building it out.”

The RFI, which includes 12 questions, notes that the FHWA is “especially interested in comments suggesting ways that the guidance could promote equity in the deployment of EV charging infrastructure under these programs.”

Equity is one of the keywords in the legislative language that will play a big role in determining who will eligible for grants, said Emily Brock, federal liaison for the Government Finance Officers Association. Resiliency is another keyword, she said.

Professional organizations like the GFOA are there “to make sure there are clear paths” for issuers to apply for the grants, Brock said. “We will be working on that.”

Brock also noted that most of the grant programs require a 20% cash match from the state or local government, as is traditional with federally-funded infrastructure projects.

That means many states will need to turn to their legislatures to appropriate the matching funds, a process that may affect the timing of the federal cash flow, Brock said.

Howard said many governments will be hiring internal or external grant writers to ensure that they are hitting grant criteria. And once the money is allocated, Congress will likely be watching closely, she said.

Why is Protagonist Therapeutics (PTGX) Soaring 90% Today?
How To Trade False Breakouts: Beginner Guide
Can J.C. Penney survive?
How Long Should You Spend on Analyzing a Stock Chart
Can Drones Save Ambarella?