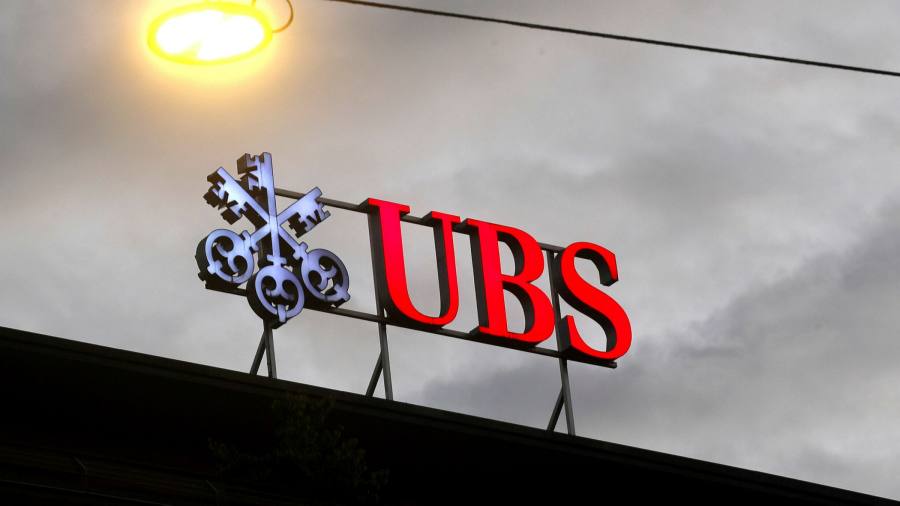 UBS has proposed former Morgan Stanley president Colm Kelleher as its next chair, succeeding Axel Weber when he steps down next year after a decade overseeing the Swiss lender.

The appointment of Kelleher, a 64-year-old Irishman who spent 30 years at the Wall Street bank, was announced on Saturday morning. UBS conducted a wide external search for Weber’s replacement, with former head of the Swiss National Bank, Philipp Hildebrand, and ex-UniCredit CEO Jean Pierre Mustier linked to the role.

“Being able to help shape the bank’s future is a great privilege, and I look forward to working together with the board, CEO Ralph Hamers and the whole team at UBS,” Kelleher said in a statement.

Hamers added: “Colm brings valuable expertise in banking to the board and I’m looking forward to working with him to further shaping the future of UBS.”

Kelleher joined Morgan Stanley’s London office in 1989 after studying history at Oxford university. He ran the fixed income trading desk in London, before moving to New York and rising to chief financial officer, then president. He stepped down as the number two at the bank in March 2019, retaining a role as a senior adviser.

As chair he will work alongside Hamers, who took over at UBS a year ago and has pledged to speed up digitisation. The Dutch former ING CEO will set out his vision for the group in a strategic update in February.

Weber said Kelleher brought a deep understanding of the global banking landscape to the role. “I am convinced that his background and skills will be of great value in continuing to bring the best of our firm to clients, investors, and employees,” he added.

One of the main planks of Hamer’s strategy will be a digital wealth manager for mass affluent customers in the US, which could launch as early as next year. The launch would put UBS into more direct competition with the likes of Morgan Stanley, which is also targeting clients with between $250,000 and $2m of assets.

UBS has fared better than most of its European rivals in recent years largely due to its status as the world’s biggest wealth manager, with a strong presence in Asia. The Zurich-based company has seen earnings surge during the pandemic, with its wealthy clients’ assets soaring thanks to the trillions of dollars central banks have pumped into the global economy.

UBS has also benefited from the chaos at its main rival, Credit Suisse, which has suffered a succession of scandals and massive trading losses that have cost it and its clients billions.

The search for the new chair was led by UBS director Jeremy Anderson and aided by the lender’s longtime headhunters, Egon Zehnder.

During his long tenure at UBS, Weber helped stabilise the bank after a state bailout, shrinking the investment bank and prioritising growth in wealth management. This strategy established UBS as one of the most successful and valuable European lenders. Weber was president of the German Bundesbank between 2004 and 2011.

Weber does however leave some unfinished business for Kelleher, who will have to help guide UBS through some contentious legal cases. A ruling over its appeal against a €4.5bn court decision in France for facilitating tax fraud is expected in December.

A parallel case is also under investigation by Belgian authorities. UBS has $2bn set aside to cope with expected legal costs.

Hamers is himself being investigated by a Dutch court for his role in a money-laundering scandal during his time at ING. He has denied wrongdoing.

UBS also announced Lukas Gähwiler, chair of the bank’s Swiss unit, would be proposed as vice chair. Kelleher and Gähwiler will be put forward for election at the bank’s AGM on April 6 next year.

In late 2019, private equity firm Cerberus — one of Deutsche’s largest shareholders — pushed for Achleitner’s exit, unsuccessfully trying to replace him with Kelleher.

How Long Should You Spend on Analyzing a Stock Chart
Why is Protagonist Therapeutics (PTGX) Soaring 90% Today?
Which Big Tech Stock to Buy on the Dip
Can J.C. Penney survive?
How To Trade False Breakouts: Beginner Guide