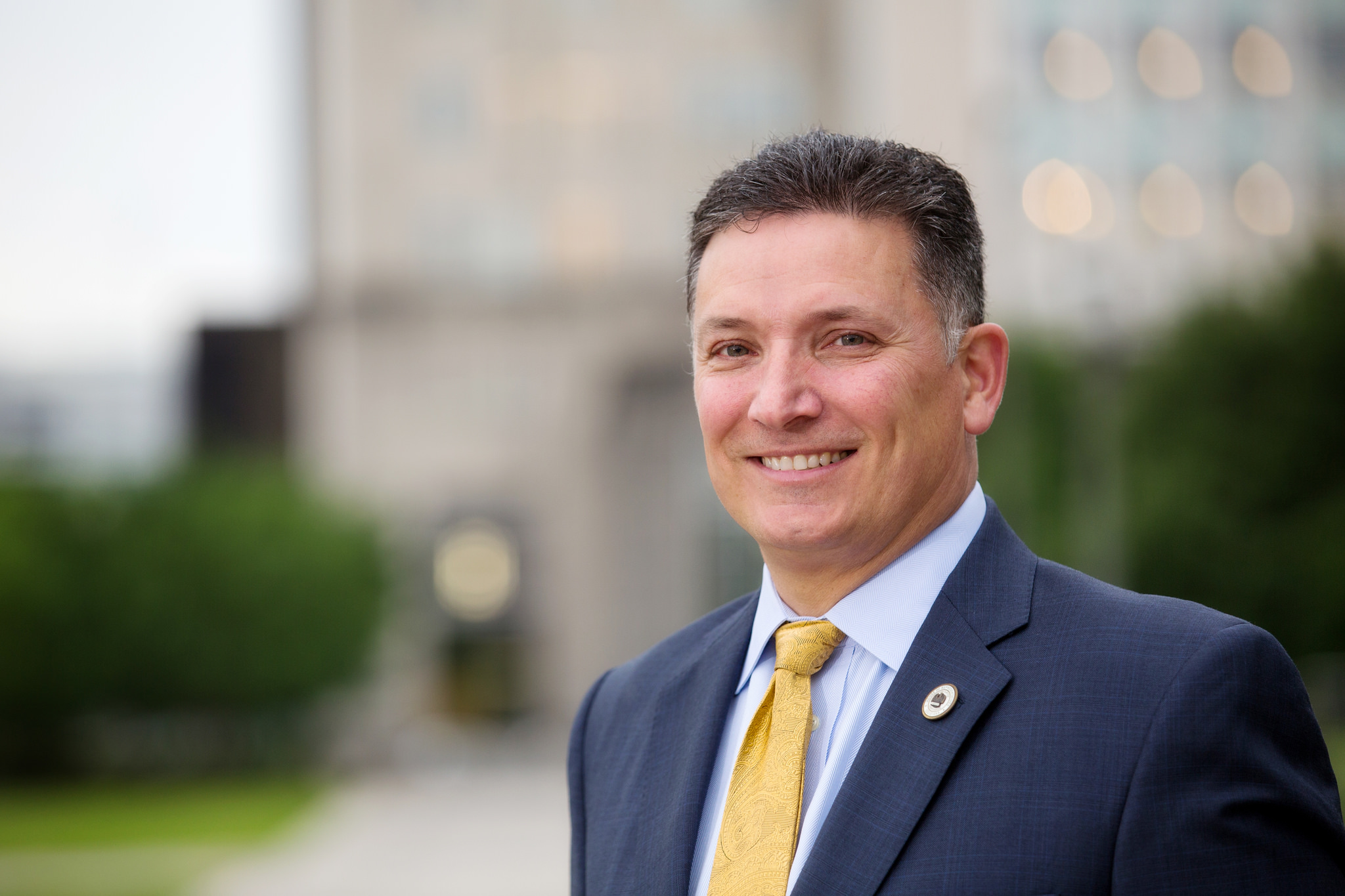 During a contentious meeting of the Louisiana Bond Commission Thursday, J.P. Morgan Chase was disqualified from underwriting a $700 million bond refinancing due to unanswered questions about its gun policies.

State Treasurer John Schroder and his staff announced the decision to recommend that Wells Fargo Corporate & Investment Banking underwrite the deal after he said J.P. Morgan had not responded to a request for comment detailing its policies on financing for firearms manufacturers.

The panel voted to approve Wells Fargo as lead underwriter on the advance refunding issuance of up to $700 million of Series 2022A taxable gasoline and fuels tax revenue refunding bonds, with the possible inclusion of a bond tender.

Co-managers will include Morgan Stanley, UBS Financial, Loop Capital and Blaylock Van. Proceeds will refund all or part of the outstanding Series 2015A gasoline and fuels tax revenue refunding bonds.

Lela Folse, commission director, said J.P. Morgan had been originally chosen because it was one of the three banks which responded to a tender and it offered the lowest cost — the fee being $1 per $1,000 a bond — whereas bids from Wells Fargo and UBS ’s offers came in higher.

In response to a question, she noted that the change in underwriters wouldn’t cost the state anymore in issuance costs because the second lowest bank bidder, Wells Fargo, has agreed to sell the bonds at the lower cost of $1 per $1,000.

She said the state is expecting to see approximately $40 million in present value savings with the refinancing.

In October, the commission delayed approval of the sales as the state sought additional information and clarification about J.P. Morgan’s policies on gun control.

Schroder and state Attorney General Jeff Landry sparred over the process under which J.P. Morgan had been picked, with Landry saying there was a deviation in the way the underwriters were chosen and Schroder defending the commission staff and procedures.

Schroder, a Republican, said that the 11 banks in the state’s underwriting pool were sent a qualifying question about their gun policies and that all but three responded by the deadline, and J.P. Morgan was one of the three that didn’t reply and was therefore disqualified from the deal.

“We never took it from J.P. Morgan,” Schroder said, “because we at this commission never gave it to them.”

Schroder noted, however, that J.P. Morgan was only being disqualified from this deal and was not being removed from its list of approved underwriters for negotiated deals as of now.

All underwriters are still able to bid and compete on any competitive deals that the state might sell.

In 2018, Citibank and BofA Securities were barred from working on the state’s bond deals because commissioners disliked their firearms policies.

Matthew Block, who represented Gov. John Bel Edwards, a Democrat, on the panel Thursday, said during the meeting that he was worried that these state policies were going down a road whose destination was unclear.

“Because now what we have done is disqualified Bank of America, we have disqualified Citibank and now apparently we are on the road to disqualifying J.P. Morgan Chase from the negotiated bond sale list,” Block said. “So we’re telling the world — not just Louisiana and not just New York, but the world — that three of the biggest banks who loan us money at a good rate of interest, that we don’t want to do business with them.

“And what we’re going to end up with is ‘Joe’s Savings & Loan’ being the one that we have to deal with at the end of this. And I just think we need to be very careful and deliberate,” he said.

He noted that many people often say that government should be run like a business, where it should make business decisions not political decisions.

“No business would decide this,” he said. “No business would say, ‘You know what, Citibank, Bank of America, J.P. Morgan Chase, you’re willing to loan me money at a lower interest rate, but I just don’t like you guys so I’m going to go with the guy who’s higher.’ No business makes decisions that way. And we shouldn’t either.”

Also Thursday, the commission approved Barclays Capital as senior manager with Raymond James and Drexel Hamilton as co-managers on a deal for up to $280 million of general obligation refunding bonds that could be sold as taxable and tax-exempt to refund the state’s Series 2014A GOs. About $25 million is estimated in present value savings.

Municipal bonds underwriters are also getting tangled in the culture war over guns in neighboring Texas, where a state law came into effect in September that barred municipalities from working with firms that discriminate against the firearm business.

Since the legislation took effect, JPMorgan, BofA Securities and Goldman Sachs haven’t underwritten any muni bonds sold by the state of Texas or by its cities or counties. Citigroup this week won a small competitive deal, its first since the law took effect, but it remains to be seen if the state’s attorney general will block its participation.