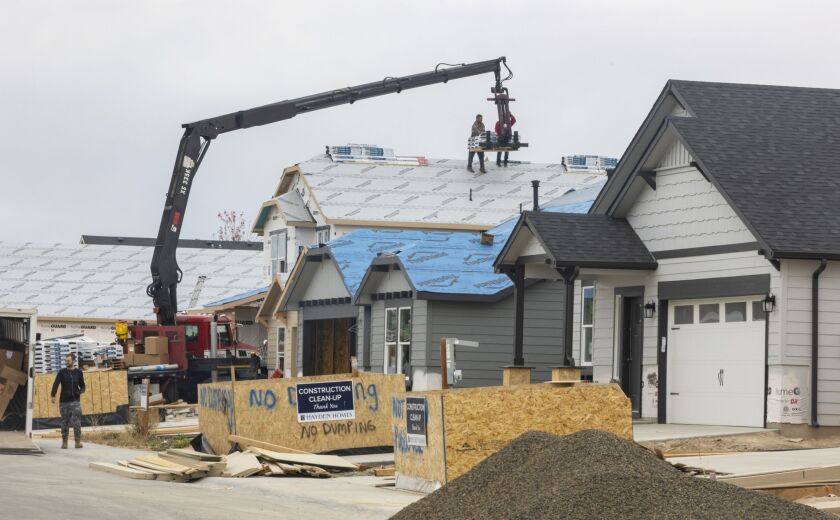 The rapid population growth Idaho has experienced has transformed its metropolitan areas from small towns into fast-paced cities.

The state managed that growth well enough on the fiscal side, by maintaining high reserve levels and taking budgetary actions when needed, to earn a Fitch Ratings boost to AAA.

“We look to the revenues, expenditures, operations and liability” in determining whether a state meets the criteria to be elevated to triple-A,” said analyst Maria Coritsidis. “Idaho’s long-term liabilities present a low burden on the state.”

The fastest-growing states over the past decade were predominantly in the West and South, according to a Pew Trusts report.

Idaho came in second place behind Utah, adding more than 271,000 residents, or 1.61% a year, significant in a state with 1.85 million residents. The Gem State’s population has grown by 17.4% since the 2010 Census, when Idaho was the nation’s fourth-fastest growing state and had a population of 1.6 million.

Top-ranked Utah gained more than half a million people since 2010, according to Pew. Although Texas added even more people—almost 4 million—its growth rate was slower, at 1.49%.

Each of these states grew at about three times the 50-state median rate of 0.55% a year and was among the top performers in long-term economic growth, Pew analysts wrote.

The historically fiscally conservative state, which hasn’t had a Democrat in the governor’s office since 1990, has managed its debt well, even as it rolled out a 15-year highway program called the Idaho Garvee Transportation Program, originally authorized by the Legislature in 2005 to fund $998 million in projects throughout the state.

In April, the Idaho Housing and Finance Association depleted the last $300 million state lawmakers authorized for its Garvee program when it issued $170.1 million in tax exempt, non-AMT grant and revenue anticipation bonds for IHFA, the conduit issuer for the Idaho Transportation Department program.

Idaho has $650 million in outstanding Garvees, according to Fitch, which rates those bonds A-plus, based in large part on the nature of the federal surface transportation funding program.

Fitch’s AAA rating is an issuer default rating because Idaho does not issue general obligation bonds.

The state has authorized additional funding for new highway and road projects needed to deal with its massive growth.

The Legislature authorized $1.6 billion in bond issuance backed by these revenues and initial issuance in March is expected to be about $200 million, according to Fitch’s report.

Debt aversion just by itself is not a credit positive, however, Kim said, because it sometimes means an issuer is not addressing its key needs.

“It’s hard to get a really clear and consistent assessment of unmet capital needs,” Kim said. “It’s not ‘You have no debt, so your rating will be higher.’ It’s ‘You have little debt, but you are able to address the needs.’”

As a rating agency, Fitch doesn’t weigh in on an issuer’s fiscal policies, but gauges whether or not those policies equal the fiscal resiliency needed to pay its debts and stay economically sound.

“We aren’t trying to preach about how the state should address its fiscal challenges, and whether that should be through tax increases or fees, or whether they cut,” Kim said. “We look at how sustainable those measures are. Other high-growth states with aversion to big tax policy increases are able to handle their fiscal challenges, but they do it by focusing on managing spending and drawing on substantial reserves.”

The rating boost indicates, according to Coritsidis and Kim, that the state has managed the growth well, continuing to maintain solid reserves and stay on top of infrastructure needed to deal with the growth.

Idaho has multiple reserve accounts, Coritsidis said. The budget stabilization account, at $678 million, is about 13.5% of general fund revenues. The state also has other reserve accounts, including a higher education fund, which in 2021, equaled an additional 2%, or about $95 million, she said.

The state ended fiscal 2021 with an $890 million unobligated cash balance or about 18% of reserves, Fitch said. It cut income and corporate taxes reducing revenues by $163 million and gave a one-time income tax rebate of $220 million, according to the report.

The emphasis on maintaining these reserves, even though the state has drawn them down somewhat during rougher economic times, has provided the resilience needed to deal with continued growth or fiscal challenges, Coritsidis said.

States with fast-growing populations typically have strong labor force growth, which fuels economic activity and helps generate tax revenue to fund any increased spending on infrastructure, education, and other government services, according to Pew’s report.

The addition of new people, new houses and new businesses has bolstered the economy, but it also creates additional pressures to build new roads, infrastructure and schools.

Going into the Legislature’s next session, the state plans to address housing and childcare needs with American Rescue Plan Act money, Coritsidis said. But it also has strong reserves to deal with deferred maintenance, she said.

“There are challenges in meeting all those needs with a fast-growing place like Idaho,” Kim said. “It is the same for other fast-growing states like Texas and Florida that are also rated AAA.”

The “tight linkage between revenues and economic growth” has helped other states Fitch rates to resolve any of the challenges that rapid growth presents, and Fitch expects the same will be true for Idaho, Kim said.

The growth in revenues will enable the state to put that money toward projects, and not be forced to use the federal relief money to close budget gaps, Kim said.