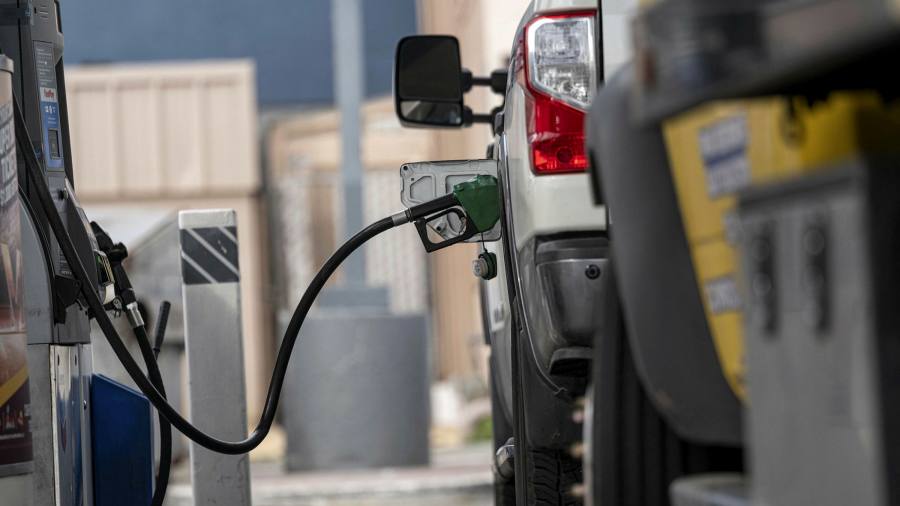 US President Joe Biden has called on the Federal Trade Commission to investigate whether the country’s biggest oil companies are engaged in “potentially illegal conduct” that is resulting in higher gasoline prices for Americans.

In a letter to FTC chair Lina Khan, Biden said there was “mounting evidence of anti-consumer behaviour” in the market, noting that the two “largest oil and gas companies . . . as measured by market capitalisation” were planning “billions of dollars of stock buybacks and dividends” even as prices at the pump continue to rise.

The president’s intervention comes as he faces mounting political pressure over rising fuel prices and surging inflation. His approval rating has slumped in recent weeks, with an increasing share of Americans taking a dim view of his handling of the economy.

The Obama administration also enlisted the FTC to probe rising gasoline prices as part of an “Oil and Gas Price Fraud Working Group” announced in 2011. The commission determined that the main driver of fuel prices was the price of crude oil. In 2006, President George W Bush also called for an investigation into whether oil companies were manipulating prices.

The Biden administration is considering releasing crude oil from a federal strategic stockpile in a bid to drive down petrol prices and has repeatedly called on Saudi Arabia, Russia and other Opec+ oil countries to lift crude production.

“The FTC is concerned about this issue, and we are looking into it,” the regulator said. Exxon and Chevron did not immediately respond to requests for comment.

The rise in crude prices has also pushed up US petrol prices, with a gallon of gasoline now selling on average for about $3.41 — up 60 per cent in the past 12 months — according to motoring group AAA.

Biden’s letter to Khan marks an escalation in the White House’s rhetoric on competition in the oil and gas industry. Brian Deese, director of the National Economic Council, sent a separate letter to Khan in August calling on the FTC to crack down on any collusion in the US petrol market.

Biden’s critics in the oil industry blame the administration’s climate policies and limits on new drilling for pushing up prices, but analysts say Wall Street pressure on operators to pay back debt and capital has hampered the drilling recovery following last year’s price crash.

US oil production is roughly 11.5m barrels a day, according to the Energy Information Administration, about 12 per cent below its pre-pandemic highs. US petrol consumption hit a low near 5m barrels a day during the lockdowns last year but has almost doubled since.

Analysts said Biden’s letter to the FTC followed a familiar political playbook for presidents seeking culprits for rising fuel costs and would have little impact on prices.

“How many times has the FTC investigated gas prices and turned up nothing? It’s a political stunt,” said Robert Campbell, head of oil products at consultancy Energy Aspects.

“The biggest influence on gasoline prices is the price of crude. The global market is tight. There’s not a lot the US can do about that right now,” Campbell said.

How Long Should You Spend on Analyzing a Stock Chart
Can J.C. Penney survive?
Can Drones Save Ambarella?
How To Trade False Breakouts: Beginner Guide
Why is Protagonist Therapeutics (PTGX) Soaring 90% Today?