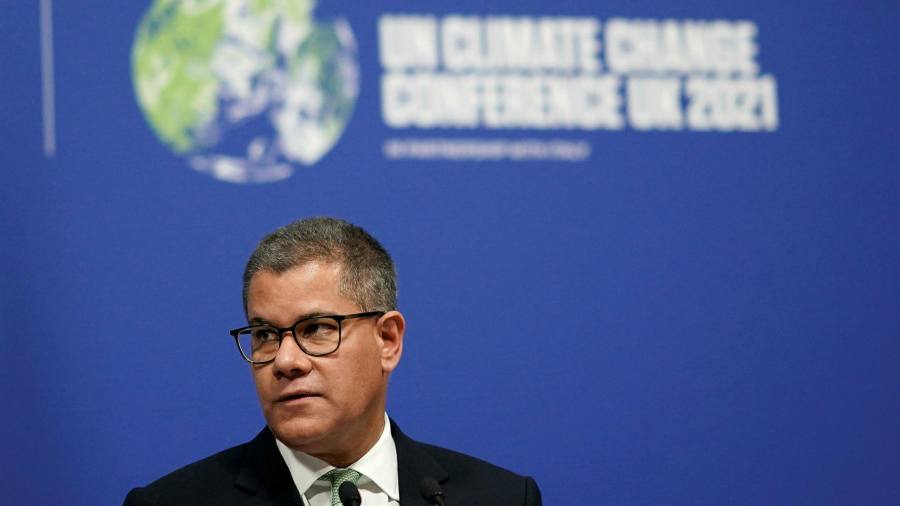 The COP26 climate summit in Glasgow succeeded in getting 197 countries to agree new rules on limiting greenhouse gas emissions, but last-minute objections from India and China stymied a commitment to end coal use and fossil fuel subsidies.

Conference president Alok Sharma fought back tears in the final minutes as he apologised to other ministers for watering down a clause on fossil fuels to appease Beijing and New Delhi. However, the summit marked the first time that coal or fossil fuels had been directly referenced in a COP agreement.

Countries also agreed on rules that will govern the 2015 Paris climate accord, which aims to limit global temperature rise to well below 2C since pre-industrial times, and ideally to 1.5C, and to increase funding to help countries to adapt to climate change.

Temperatures have already risen 1.1C in that period, and many nations have suffered the consequences.

In the final hours of the summit, a plan to approve the COP26 text was thrown off track when China and India objected to the phrase about the “phase out” of unabated coal power, referring to power plants that do not capture carbon dioxide emissions, as well as all fossil fuel subsidies.

After a huddle between the US, EU and China, a compromise was reached on a pledge to phase “down” rather than phase “out” coal.

But many vulnerable and small island nations objected to the weaker language, saying it would imperil their future by resulting in greater emissions and further global warming.

Sharma said he was “deeply sorry” about the way the conclusion had unfolded, but urged countries to approve the deal lest it all unravel.

The emotional moment was met with applause from the assembled ministers, who proceeded to approve the documents with the change.

“Even after what happened, coal remains on the books,” said US climate envoy John Kerry. “You have to phase down coal before you can end coal,” he added, defending the change.

“Did I appreciate that we had to adjust one thing tonight in a very unusual way? No. but if we hadn’t done it, we would not have had an agreement,” he said.

Given the obstacles of the coronavirus and heightened geopolitical tensions, the summit was at times not expected to take place at all, after being delayed from 2020 by Covid-19.

The rules for the Paris climate accord, which have derailed several previous climate summits, were finalised at COP26, including transparency regulations for how countries report their emissions.

Guidelines for a global carbon market, which will allow countries to trade carbon offset credits, were also approved.

Several negotiators said they were surprised and pleased that the rules had all managed to pass after years of acrimonious debate.

Even Saudi Arabia said it accepted the deal. “It’s as good as it can get,” Ayman Shasly, head of the Saudi delegation and a former Saudi Aramco executive in China, told the Financial Times on the sidelines of the plenary session. “It’s all inclusive, it covers all elements aligned with the Paris agreement. All parties were happy with it.”

Sharma, speaking at a press conference, blamed fatigue for his emotional moment on the podium, but admitted that he had been “disappointed” by the last-minute change to the text. “Anyone who has seen the footage can make up their own mind about how I felt,” he said.

Which Big Tech Stock to Buy on the Dip
How Long Should You Spend on Analyzing a Stock Chart
Why is Protagonist Therapeutics (PTGX) Soaring 90% Today?
Can J.C. Penney survive?
How To Trade False Breakouts: Beginner Guide