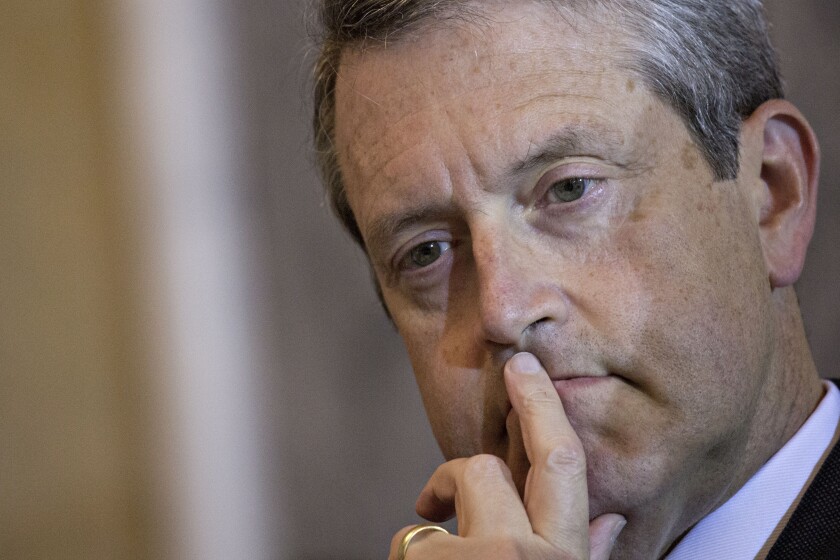 WASHINGTON — Federal Reserve Gov. Randal Quarles is stepping down from the central bank at the end of December, giving President Joe Biden another open seat to fill atop the powerful bank regulatory and monetary policy body.

Quarles, a key architect of regulatory relief measures during the Trump administration, said it had “been a great privilege” to work at the Fed and with the global central banking community. He currently serves as the chair of the Financial Stability Board, although his term at the helm of that group ends Dec. 2.

Up until last month, Quarles was the Fed’s vice chair for supervision, the first appointee at the central bank to ever hold that position.

In that role, he oversaw a major policy shift to ease some of the post-crisis regulatory requirements imposed on large banks. That included tailoring capital rules, simplifying the stress test process and implementing a 2018 law that rolled back some provisions of the Dodd-Frank Act.

However, many of the actions he promulgated came under fire from Democrats and financial regulatory advocates who expressed concern that Quarles was weakening post-crisis reforms.

With Quarles vacating his seat at the Fed, Biden has another opportunity to appoint someone of his choosing to the central bank. Biden also inherited an open seat from former President Donald Trump, meaning that after Quarles steps down, he will be able to nominate two people to serve at the Fed. Fed Vice Chair Richard Clarida’s term also winds down next year, opening up a third seat if Biden opts against renominating him.

Biden is reportedly close to making a decision on whether to re-nominate Fed Chair Jerome Powell to the chairmanship of the Fed, as well as whom to appoint as vice chair of supervision. Biden is expected either to re-nominate Powell as chair or elevate Fed Gov. Lael Brainard to the helm of the central bank. Brainard has also been mentioned as a candidate for the vice chair of supervision role.

Before joining the Fed in 2017, Quarles was the managing director of the Cynosure Group, a Utah-based investment firm that he founded. Under former President George Bush, Quarles served at the Treasury Department as the undersecretary for domestic finance and as assistant secretary for international affairs.

He also served under former President George H.W. Bush as a special assistant to the Treasury secretary for banking legislation, as well as Treasury deputy assistant secretary for financial institutions.