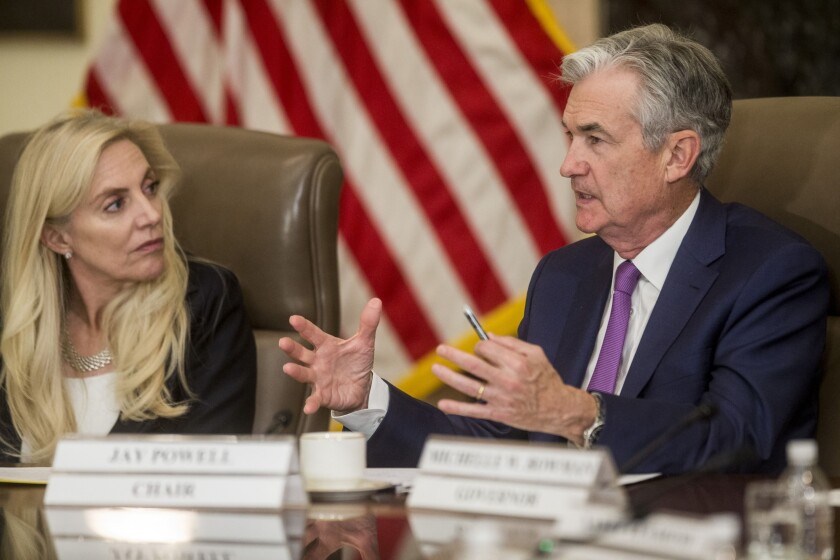 President Joe Biden met separately with Federal Reserve Chairman Jerome Powell and Fed Governor Lael Brainard at the White House on Thursday as he considers who will lead the central bank next year, according to people familiar with the matter.

He has not yet made a decision, they said.

Brainard is regarded as Biden’s likeliest choice if he decides to replace Powell, an appointee of former President Donald Trump whose term expires early next year.

Powell enjoys broad support in Congress and his renomination has been endorsed by Treasury Secretary Janet Yellen, but some liberals are agitating for Biden to replace him.

Brainard is seen as more progressive than Powell on issues including financial services regulation. She’d face a more contentious nomination process in the evenly divided Senate.

Biden said at a news conference on Tuesday that he’d make his choice “fairly quickly” but gave no indication how he’s leaning.

“I’ve given a lot of thought to it,” he said at a United Nations climate conference in Glasgow, Scotland. “And I’ve been meeting with my economic advisers on what the best choices are. We’ve got a lot of good choices.”