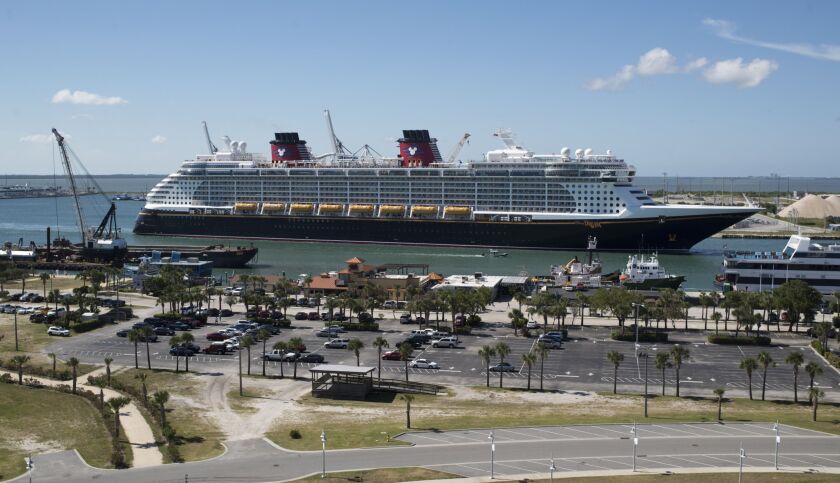 As vacation cruising makes its return and demand for cargo remains strong, the outlook for Florida’s seaports is looking up.

That’s the latest view from Fitch Ratings, which Friday revised its outlooks to stable from negative on both the Canaveral Port Authority and Port Everglades.

At the same time, Fitch affirmed the A-minus rating on $137 million of Canaveral port facilities revenue bonds. The authority also has $240 million in outstanding bonds that are not rated by Fitch.

Port Canaveral, about 50 miles east of Orlando, is a cruise port in Brevard County, with some cargo and naval activity.

“While uncertainty remains as to the pace of cruise recovery to pre-pandemic levels, CPA’s robust liquidity and cost containment measures provide flexibility to cover obligations as activity ramps up,” Fitch said.

Fitch said CPA’s rating reflects the port’s sizable market position under normal operations as one of the leading cruise-focused ports on the East Coast.

“In terms of Florida ports, the ones with cruise exposure have had more of a bumpy time through the COVID pandemic,” Emma Griffith, Fitch senior director for infrastructure and project finance, told The Bond Buyer. “It’s unprecedented really because in the past we’ve always view cruise revenues as being quite resilient when there’s a recession. Usually the vacation spending that might have gone abroad might be brought back to the U.S. and go to cruising and some of that actually performs pretty well through normal economic downturns.”

The Centers for Disease Control and Prevention issued a “no sail” order in April 2020, after the deaths of passengers and crew aboard multiple cruise ships in the early wave of COVID-19. As a result, the ports generated virtually no cruise revenue for more than a year.

In addition, cruise lines and ports didn’t get any federal aid in 2020, unlike airlines and airports. With no help, cruise ports last year made significant cuts; Port Canaveral cut 40% of its workforce in 2020.

In July, Florida announced the seaports would get $250 million in federal relief funds to help speed their economic recovery from the effects of the COVID-19 pandemic.

In an August report, Moody’s Investors Service said the federal funds are credit positive for port operators because they would replace almost all revenue lost from suspended cruise activity during the pandemic.

“The positive actions that we’ve taken have really recognized two things,” she said. “One is that cruises are now resuming and we can see the occupancy levels increasing, the activity levels increasing — so we can kind of see a path out, albeit with our recovery case still being quite conservative.

“And the other piece of it is the strong financial performance that these management teams have been able to deliver even through this period of volatility — part of that being the liquidity they had on hand and the other part being support from the American Rescue Plan Act that are now coming through that they can use.”

In September, Moody’s revised its outlook on Port Canaveral to stable from negative and affirmed the A3 rating on its revenue bonds.

“The stabilization and affirmation of Port Canaveral’s A3 rating considers the recent ramp-up of cruise operations and the port’s position as the second-largest cruise port in the world,” Moody’s said, adding its action also reflected the fact that the state allocated around $70 million in federal stimulus money to support the port during the ramp-up of cruise operations.

While the outlook for CPA’s cargo operations is positive, it represents only about 20% of operating revenue in a usual year.

Port Everglades is near Fort Lauderdale. Fitch said its outlook revision to stable “reflects contributing signs of operating stability highlighted by the recent resumption of cruise activity, as well as robust revenue performance from cargo operations, which together with the demonstrated prudent financial and debt management through pandemic-related disruptions, should enable Port Everglades to maintain stable metrics.”

Port Everglades has a diverse revenue stream and cruise operations make up about a third of its revenues in a typical year. Fitch said the port remains exposed to competitive pressures from nearby ports and faces downside risks from the cruise industry.

Also last week, Fitch kept the outlook at stable on the Hillsborough County Port District’s $84 million of revenue bonds and notes issued for Port Tampa Bay. It affirmed the port’s rating at A.

Florida ports account for more than half of all U.S. cruise passenger volume. While major gateway ports have experienced a robust recovery in cargo volume since the second half of last year, Florida ports have continued to struggle because cruises account for a larger proportion of their revenue than they do for most other U.S. ports, Moody’s said.

Cruises accounted for 80% of 2019 revenue at Port Canaveral, 55% at Port Miami, and 35% at both Port Everglades and the Port of Palm Beach.

In August, Miami-Dade County issued $1.24 billion of seaport revenue bonds for PortMiami in the largest port transaction since the coronavirus pandemic began. The deal was also the biggest bond deal in the port’s history. Ahead of the sale, Moody’s revised its outlook on the port to stable from negative.

Griffith said Fitch is closely watching what’s happening with supply chains across the U.S., but noted that the East Coast ports were seeing an uptick from the slowdowns on the West Coast where ports are dealing with congestion and backlogs.

Florida’s location allows the state to accept diverted cargo from other locations. Jacksonville’s port is offering incentives to firms to bring business to its port; other seaports, including Port Everglades, Port Tampa Bay and Port Panama City, all can handle more cargo.

“I think there’s a lot of focus on West Coast ports right now — but ports are only one part of the supply chain,” Griffith said. “So even if there’re are openings made available at the ports for 24-hour operations at some of the West Coast gateways or facilitating things at some of the East Coast ports, if the truckers aren’t available to pick up the cargo or if the warehouses aren’t operating on an extended timeframe to be able to receive that cargo and move out the backlogs, I think we’ll be looking at a little bit of a process to work through in the supply chain.”