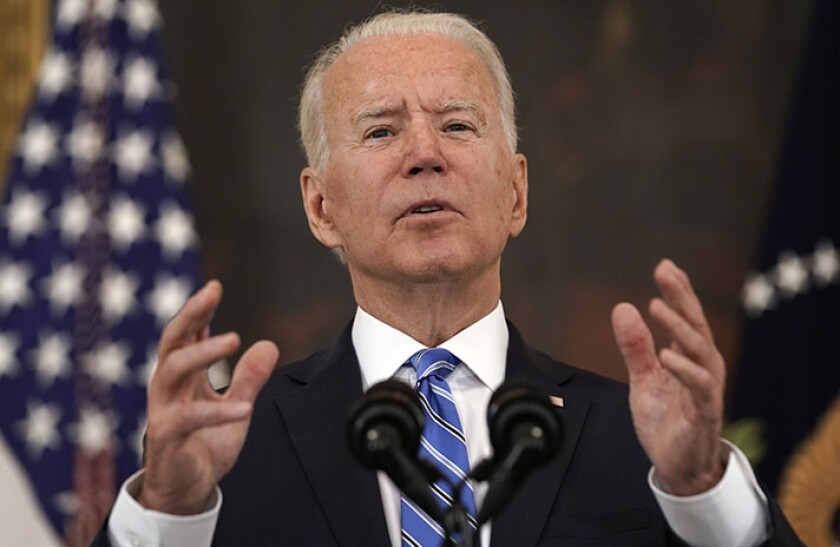 President Joe Biden said he’ll announce soon his choice of nominees for chair and other vacancies on the Federal Reserve, amid a scandal over stock trades by central bank officials.

“We’ll be making those announcements fairly quickly,” he said Tuesday at a press conference at a climate summit in Glasgow, Scotland.

Biden has started meeting with top White House and Treasury advisers to review candidates to lead the central bank ahead of the expiration of Chair Jerome Powell’s term in February. It remains unclear whether he is leaning toward reappointing Powell, replacing him with liberal Democrats’ preferred candidate, Fed Governor Lael Brainard, or choosing someone else for the job.

The president faces the decision amid the Fed’s internal investigation of stock trading by top regional officials in 2020 at the same time the bank was pumping money into the economy. Powell moved quickly to roll out new ethics rules guiding officials’ trades, but the incident has given his critics fresh ammunition.

Biden has also been urged by some Democrats to put his own stamp on the Fed by nominating a chair he has selected, rather than leaving Powell, who was chosen by Donald Trump in 2017, to continue shaping monetary policy.

Biden has valued gender and racial diversity in his senior personnel choices and has specifically called for the Fed to ramp up its diversity efforts. Senate Banking Committee Chairman Sherrod Brown said last week on Bloomberg Television that he expects Biden to roll out a “slate” that includes not just a Fed chair but a pick for the vacant vice chair of supervision slot, as well as choices for two other seats on the board.

Biden’s predecessors have traditionally announced their pick by this point in the calendar, with the exception of Trump, who rolled out his selection of Powell on Nov. 2, 2017. With Biden not slated to return from a trip to Europe until Nov. 3, he’s on track to be even later in revealing his decision.

“We’re going to have plenty of time” to ensure nominees can clear the Senate, Biden said.

Presidents often reappoint the sitting chair, even if that person was first nominated by the opposing party, for the sake of continuity in monetary policy, and many Democrats have indicated they’d like to see Powell stay in the job. Months ago, Treasury Secretary Janet Yellen, a former Fed chair, communicated her support for a second Powell term to the White House.

Massachusetts Democrat Elizabeth Warren is the only senator to voice opposition to Powell’s reappointment. No senators have publicly backed Brainard, though some liberal groups are campaigning for her. She would likely draw nearly unanimous opposition from Republican senators, while Powell would likely draw a bipartisan consensus.