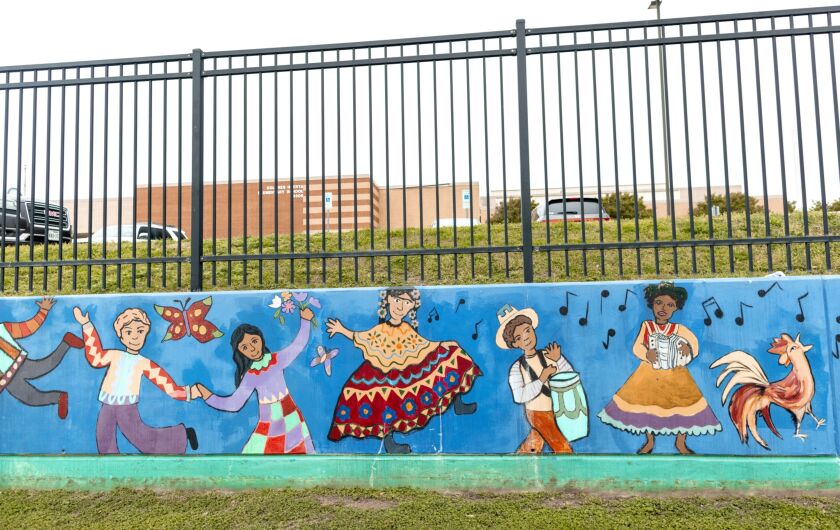 Local voters across Texas will consider $10.8 billion of debt for schools and local government in the second statewide bond election date of the year.

The record for bond proposals statewide came in November 2019 when Texas added $3 billion for the Cancer Prevention Research Institute of Texas for a total of $16 billion on state and local ballots.

While this month’s ballot is slightly larger than last November’s $10.2 billion menu, it lacks marquee items such as Dallas Independent School District’s record $3.7 billion bond measure or the $1.7 billion voters approved for an Austin transportation project.

Those measures passed amid the uncertainty of the COVID-19 pandemic that caused the cancellation of the May 2020 election.

One statewide ballot issue would amend the Texas Constitution to allow a county to issue bonds for development or redevelopment of transportation or infrastructure in unproductive, underdeveloped, or blighted areas.

The proposal allows for repayment of bonds or notes with property tax revenues imposed on property in the area by the county.

Local ballots include only one proposal above $1 billion, Fort Worth Independent School District’s record $1.49 billion request coming in four parts, including $76 million for athletic facilities.

“Sixty percent of our schools were built before 1960”, he added. “We know that with old schools, spacing is difficult for social distancing, ventilation is challenging, and our 12 million square feet of facilities absolutely needs additional investment.”

The district would repay the bonds over 25 years, with no property tax increase and the funded projects completed within five years.

Fort Worth ISD’s last major bond election in 2017 for $750 million passed with a more than 70% approval.

Voters in Fort Worth will also consider the largest bond proposal from a county.

Tarrant County, which also includes Arlington and the Mid-Cities between Dallas and Fort Worth, is seeking $516 million of bond authority under two propositions.

Proposition A asks for $400 million for transportation projects. Proposition B seeks issuance of $116 million in general obligation bonds for the county’s criminal district attorney office.

After Fort Worth ISD’s record request, no other school district tops the $1 billion mark.

Leander ISD in the fast-growing Williamson County suburb of Austin will ask voters to approve $772 million of bonds in three propositions.  The largest, Proposition A, seeks $727.2 million for new construction, renovation, and equipment replacement projects. A $33 million Proposition B would update technology, while $11.7 million of Proposition C bonds would go to upgrades at performing arts centers.

The bonds will not require a tax increase due to rising property values and growth.

In the county seat, the Georgetown ISD will ask voters for $381 million of bond authority for 21 projects divided into five propositions. The largest, Proposition A, would provide $333 million two new elementary schools, a middle school and plans for a third high school in the district.

In the northern suburbs of San Antonio, Comal ISD, the second-fastest growing school district in the nation, is asking voters to approve $411 million for schools and a tax increase for teacher salaries. The suburbs of San Antonio and Austin, 80 miles to the north are growing together along Interstate 35 at a rapid rate, creating a boom in cities such as New Braunfels in Comal County and San Marcos in Hays County.

In Central Texas, the Waco ISD is proposing $355 million of bonds under a facilities master plan to update several schools built in the 1950s and 60s.

In Houston’s far-flung suburbs, the Cleveland ISD has a $150 million bond referendum that will keep the tax rate steady while providing a new high school in Plum Grove.

The district, one of the fastest growing in the state, already has four new campuses under construction.

Among cities, Lubbock in West Texas is seeking $175 million for street projects while voters in Lubbock County are considering a property tax increase to cover raises for county employees and to keep pace with needs.

In the North Dallas suburb of Lewisville, voters will consider issuing $95 million of debt for a public safety complex that would include fire facilities, emergency services facilities and police facilities.

Two counties are asking voters to approve bonds for jails, one of the toughest propositions to pass.

Hunt County is hoping to replace its aging lockup in Greenville, which suffered multiple water leaks and doors that stuck open or closed.

In one of Houston’s fastest-growing and most affluent suburbs, voters will decide whether to incorporate the township of The Woodlands into a city.

Opposition to the proposal is led by the Howard Hughes Corp., which has held a majority stake in the development since 2004 and full ownership since 2011. The Woodlands has more than 100,000 residents.

Hughes Corp. agreed to buy out the remaining interest it did not already own in The Woodlands for $117.5 million in 2011 when it acquired Morgan Stanley Real Estate Investing’s 47.5% interest in the 28,000-acre master-planned community in Montgomery County.

The Woodlands development company has considerable interests in office and retail space and rental apartments in the master-planned community.