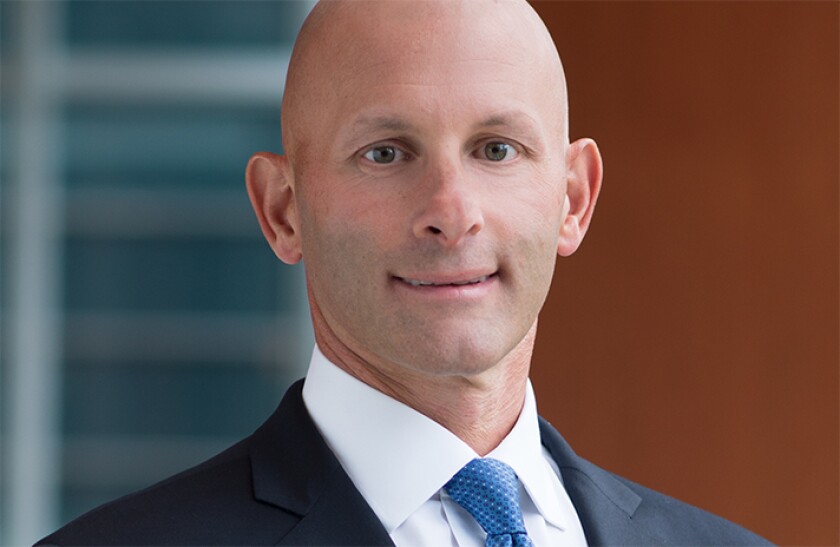 Mesirow has taken the first steps in what will be a multi-year effort to expand its presence in Florida and across the Southeast.

After having one of the most successful fiscal years in its 84-year history, the firm announced on Thursday that it would build up its offices in the region by hiring more staff and expanding into the west coast of Florida. It already has offices in Miami and Boca Raton.

Mesirow is an independent employee-owned financial services firm whose capital markets arm does public finance banking. It was founded in 1937 and has its headquarters in Chicago with 18 offices around the nation and the world.

The firm has picked Senior Managing Director George Barbar to lead the growth initiative. He has been with the firm since 2010 and is also the principal and manager of the Boca Raton office.

“Mesirow has demonstrated a track record of success in municipals and has become an industry leader in fixed income,” Barbar told The Bond Buyer. “And over time we hope to achieve the same level of success in Florida and throughout the Southeast.”

Over the next few years, the firm plans to hire more public finance bankers and institutional salespeople, with a focus on its capital market business and wealth management and investment advisory services for both governmental and corporate clients.

“In the public finance area, we’re looking to hire a team of bankers that align with Mesirow’s core vision of serving our clients and investing in our communities and culture,” he said.

This was echoed by Natalie Brown, the company’s president.

“We believe the independent ownership structure and entrepreneurial culture of Mesirow make the firm an ideal fit for finance professionals looking to accelerate their career and make a difference in the communities in which they operate,” Brown said in a statement.

For the intermediate to longer-term, the firm wants open offices across the greater Southeast region.

“The economic prospects and attractive demographics of Florida and the Southeast over the next decade make the region an ideal location to strategically expand our presence,” Richard Price, chairman and CEO, said in a statement.

Mesirow consistently ranks in the top 25 list of municipal bond underwriters in the United States, according to data from Refinitiv. In 2020, the firm, ranked number 23, did $2.81 billion of business in 87 deals. So far this year, the firm has done 25 deals worth $2.63 billion, ranking it at 25.

“We’ve been in south Florida for a long time,” Barbar said. “The timing of this expansion really has to do not only with the caliber of the type of team that we have — the salespeople, the traders and the bankers — but the state of our firm and where we are now. We are very excited about the direction in which we are headed.”

In June, Mesirow named Brown president, replacing Dominick Mondi who retired in February. She joined Mesirow in 2018 after 18 years at Nuveen.

“As we are emerging from the pandemic, we see increased optimism in the communities we operate in and a sense of renewal among our clients,” Price said at the time.

Mesirow isn’t the only firm to be eyeing Florida expansion this year. Earlier in October, Kutak Rock said it will open its first law office within the state. In August, HilltopSecurities hired Yaffa Rattner as a managing director in Boca Raton. In April, Greenberg Traurig expanded its public finance and infrastructure practice by hiring Brian Crumbaker in its office in Tallahassee.