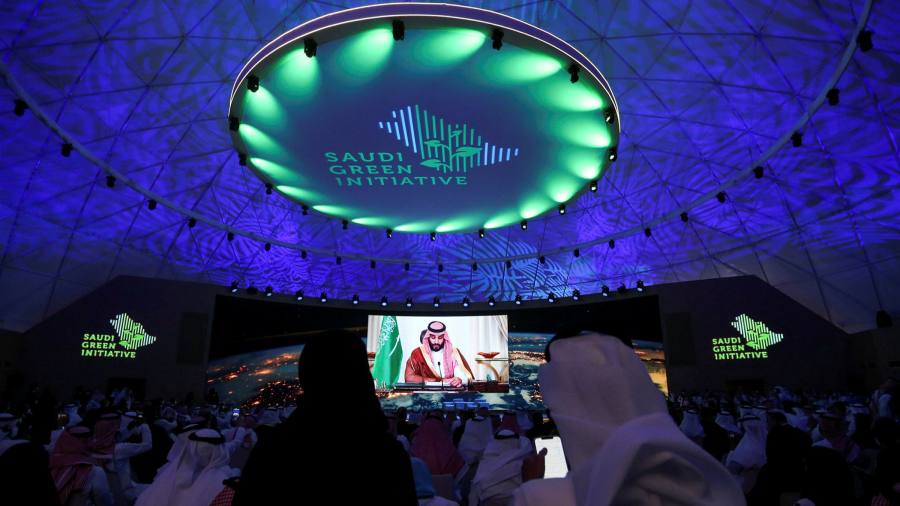 Saudi Arabia has pledged to cut carbon emissions to net zero by 2060, while also maintaining its role as a leading producer of oil and gas, Crown Prince Mohammed bin Salman said in a speech on Saturday.

The announcement comes just days before the opening of the COP26 climate summit in Glasgow and the G20 leaders meeting in Rome, where Saudi Arabia had been under pressure to boost its emissions targets.

Prince Mohammed said the kingdom would spend 700bn riyals (US$187bn) on a range of new climate goals, including reducing carbon emissions by 278m tonnes annually by 2030.

Saudi Arabia will also cut its emissions of methane, a potent warming gas released when hydrocarbons are produced, and join a US-led pact to curb methane emissions by 30 per cent this decade.

However Prince Mohammed indicated that the country still saw a central role for oil and gas production, saying the new targets would be achieved “while preserving and reinforcing the kingdom’s leading role in the security and stability of global energy markets, with the availability and maturity of required technologies to manage and reduce emissions.”

The new net zero emissions target is unlikely to alter Saudi Arabia’s status as the world’s largest crude oil exporter, because these exports are usually excluded from the emissions measured.

Russia, which has co-operated on oil policy with Saudi Arabia through the expanded Opec+ group since 2016, also indicated earlier this month it would target becoming carbon neutral by 2060, without providing details.

Prince Mohammed also known as MBS said the kingdom would use a “carbon circular economy” to reach its 2060 net zero goal — a reference to carbon capture, utilisation and storage technologies. This would allow for continued burning of fossil fuels.

Patricia Espinosa, the head of UN Climate Change, praised the move on Saturday, calling it “bold and courageous”.

However, Riyadh has also faced criticism for appearing to attempt to water down legislation that targets fossil fuels, and for dragging its feet on climate targets.

In leaked documents reported this week, the kingdom was shown to request UN scientists delete their conclusion that the energy sector must focus “on rapidly shifting to zero-carbon sources and actively phasing out fossil fuels”.

The kingdom’s state oil company Saudi Aramco has said it is targeting increasing production capacity to 13m barrels of crude oil a day later this decade, from around 12m b/d today.

Saudi Arabia’s position in global energy markets demonstrates the complexity of reaching climate goals. While US President Joe Biden has tried to make tackling climate change a cornerstone of his administration he has also called on Saudi-led Opec to increase oil production in recent months to help cool prices, which have risen to the highest level in three years.

Natural gas prices have soared in Europe and Asia to more than five times the level of a year ago due to surging demand in Asia and tightening supplies, including constrained exports from Russia to Western Europe. That has provided ammunition to critics of the push to cut investments in fossil fuels, though political leaders in the Europe and the US have argued it also highlights the dangers of being reliant on imported oil and gas.

Riyadh has consistently highlighted that Saudi Aramco has some of the lowest production costs in the world and has also claimed its oil has among the lowest carbon intensity “from the well to the refinery gate”.

He has compared the International Energy Agency’s ‘road map’ for how to cut emissions to net zero, which argued there was no need to invest in new oil and gasfields if governments enact policies to cut demand, to a sequel to the movie ‘La La Land’.