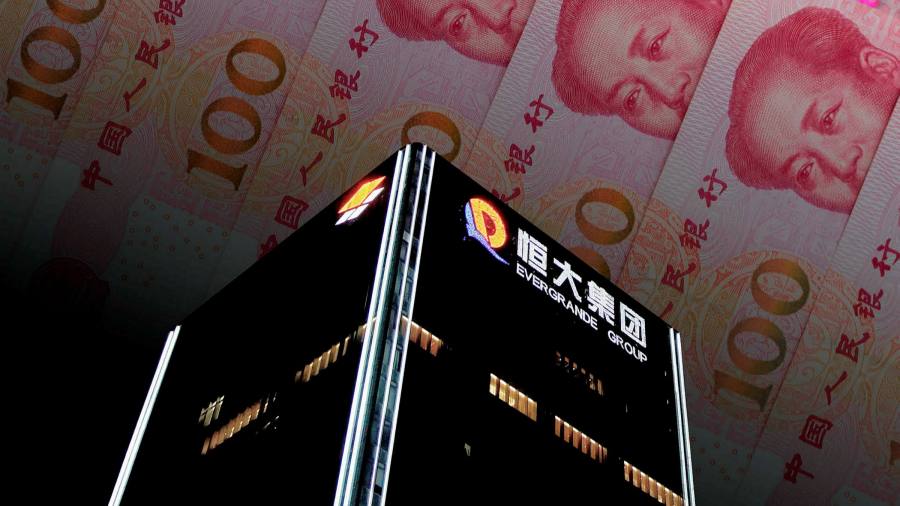 Evergrande, the embattled Chinese property developer, has repaid a missed interest payment on a dollar bond, state media reported, just days ahead of a deadline that would have forced a formal default.

The Securities Times reported on Friday that the real estate group had a day earlier transferred an $83.5m interest payment to Citibank, the trustee, and that the funds would be paid to investors before the grace period expires this weekend.

The heavily indebted developer’s failure to pay the coupon by the September 23 deadline sparked volatility across international markets and a reckoning over the health of China’s slowing real estate sector, which is under government pressure to reduce leverage.

The missed payment triggered a 30-day grace period, which was due to expire at midnight in New York on Saturday, resulting in a default and paving the way for a group of investors with sufficient holdings of the bonds to take legal action.

The group, which faces more than $300bn in total liabilities and has missed four other offshore interest payments over recent weeks, broke its silence on the payments in a filing on Wednesday in which it noted that the grace period had not expired.

Advisors to international bondholders had this month complained that they had no “meaningful engagement” from the company and expressed concern over its pursuit of asset sales.

Last Friday, Beijing also weighed in on the issue for the first time, with a People’s Bank of China official blaming the company for its liquidity crisis but saying the spillover to the financial system was “controllable”.

Some of Evergrande’s peers, including luxury developer Fantasia Group and Sinic Holdings, have defaulted on smaller bonds, while yields on riskier Chinese borrowers on international markets have soared to their highest levels since 2009.

Kaisa, another developer, has a bond interest payment due on Friday that is being closely watched. The bond is trading at 35 cents on the dollar.

Evergrande’s liquidity crisis, which has gathered pace since July and resulted in the company warning over the risk of default at the end of August, has fuelled expectations of one of the largest restructuring processes in Chinese history.

One longtime investor in Chinese real estate bonds suggested that the payment announced on Friday was a “temporary” measure meant to “buy time [and] avoid lawsuits for now”.

Evergrande’s Hong Kong-listed shares rose as much as 7.8 per cent in morning trading, putting the stock on course for its first rise since late September, when the developer revealed it had raised Rmb10bn ($1.5bn) by selling part of its stake in a regional Chinese lender.

A more than two-week trading suspension on the stock was lifted on Thursday after Evergrande disclosed that it had terminated a potential sale of its property services unit a week earlier.

Evergrande did not immediately respond to a request for comment.