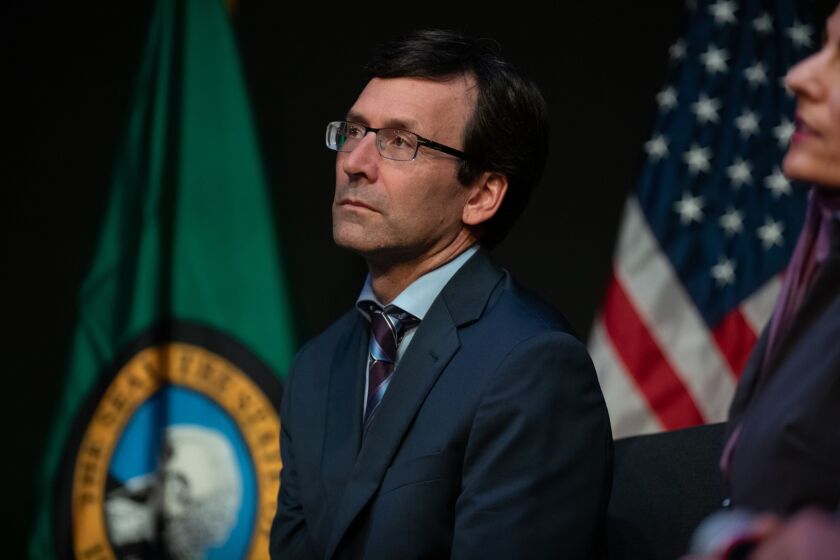 The historic settlement between states and drug companies over the U.S. opioid epidemic is unlikely to have a material impact on the municipal bond market, said Barclays in a new report.

The pending $26 billion deal is the largest attorney general multi-state enforcement action in history after the 1998 tobacco master settlement agreement.

But it’s not large enough to significantly affect muni supply. And the payout structure doesn’t lend itself to bonding, said Claire Pickering, a vice president at Barclays who wrote the report. The tobacco settlement, in contrast, totaled $246 billion and featured perpetual payments based on consumption.

“It dwarves it. And tobacco was an agreement in perpetuity. You can bond for that,” Pickering said. “We concluded that the bond market, in terms of supply and actually getting money to the grassroots local level, it’s not the same as the tobacco deal.”

Announced in July after more than two years of negotiation, the multi-district settlement involves 42 states, five territories and the District of Columbia in an attempt to resolve 3,000 opioid-related lawsuits. It does not involve all manufacturers, distributors or retailers or Purdue Pharma’s bankruptcy plan.

The first payments could come in the spring of 2022.

A total of 46 states participated in the tobacco MSA, while the other four states settled separately with the tobacco companies.

Depending on the final size of the payouts, the opioid cash may nibble at the margins of credit fundamentals, Pickering said.

“For state budgets, it’s additive. At the local level, it may defray ambulance or hospital costs,” she said. “The opioid expense is cumulatively a large expense; it’s an impediment to having your community be healthy and thriving.”

With the opioid agreement, the amount each state receives depends in part on its ability to persuade its cities and counties – many of which have launched their own opioid litigation – to join the deal and drop their lawsuits. Many local governments still feel burned from the tobacco MSA, when states largely failed to distribute the money to the cities and counties.

Texas is slated to receive $1.5 billion but will see less if it can’t persuade the 128 local Texas governments pursuing their own litigation to drop the actions, according to reports.

Pennsylvania, which has signed onto the settlement and could see $1 billion, is being sued by its two largest cities over the attorney general’s decision to join the deal.

Cities and counties have until Jan. 2, 2022 to decide whether to join.

Each state’s share will be determined by a formula that factors in population as well as the impact of the crisis.

Nine states opted out on some level. Washington State Attorney General Bob Ferguson said the settlement “is, to be blunt, not nearly good enough for Washington.” The state is gearing up for its own two trials, one that begins this fall and one in January 2022.

Like the tobacco deal, the opioid settlement refers only to an intention to use proceeds for public health reasons, leaving the governments relatively free to use the money as they want, Pickering noted.

Local governments, which take the brunt of the crisis, are “desperate for the money,” she said. “They’re not going to rely on a settlement that may not include them in direct payments.”

The states that opted out are Alabama, Nevada, West Virginia, Washington, Georgia, Oklahoma, and New Mexico. New Hampshire has settled only with distributors and Rhode Island has settled with a single manufacturer, according to an Oct. 14 brief from the Troutman Pepper law firm.

Also in West Virginia, which was particularly hard hit by the epidemic, two local governments recently finished a bench trial in the district of West Virginia that is a bellwether in the National Prescription Opiate multidistrict litigation in the Northern District of Ohio, Troutman Pepper noted. A ruling has yet to come down.

“Cities and counties are anxiously awaiting the decision in the West Virginia case, which may portend more locality-driven litigation,” Troutman Pepper said.

The law firm adds that state attorneys general are looking to the next “public health showdown” to win settlements.

Already five states and more than a dozen localities have started climate liability litigation against oil and gas companies, the law firm said. Social media practices offer another litigation route. “The tobacco and opioid settlements could provide a framework for how these and other public health conflicts might be resolved,” the law firm said.