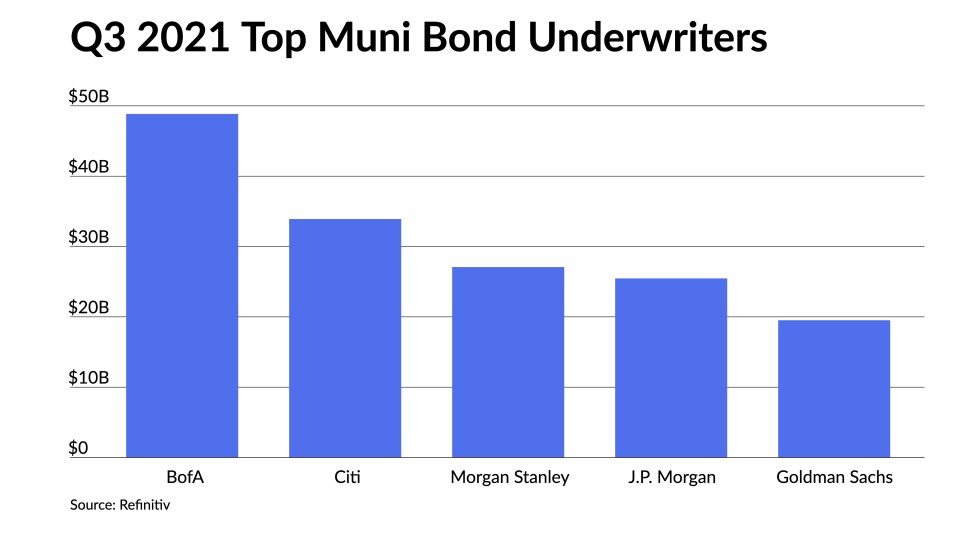 BofA Securities led with $48.85 billion of deals, while Goldman Sachs jumped into the top five and Morgan Stanley moved up one spot from where it was at this point last year.

Out of the top five, BofA Securities, Morgan Stanley, Goldman Sachs, Stifel Nicolaus & Co. and Jefferies were the only firms to increase market share year-over-year.