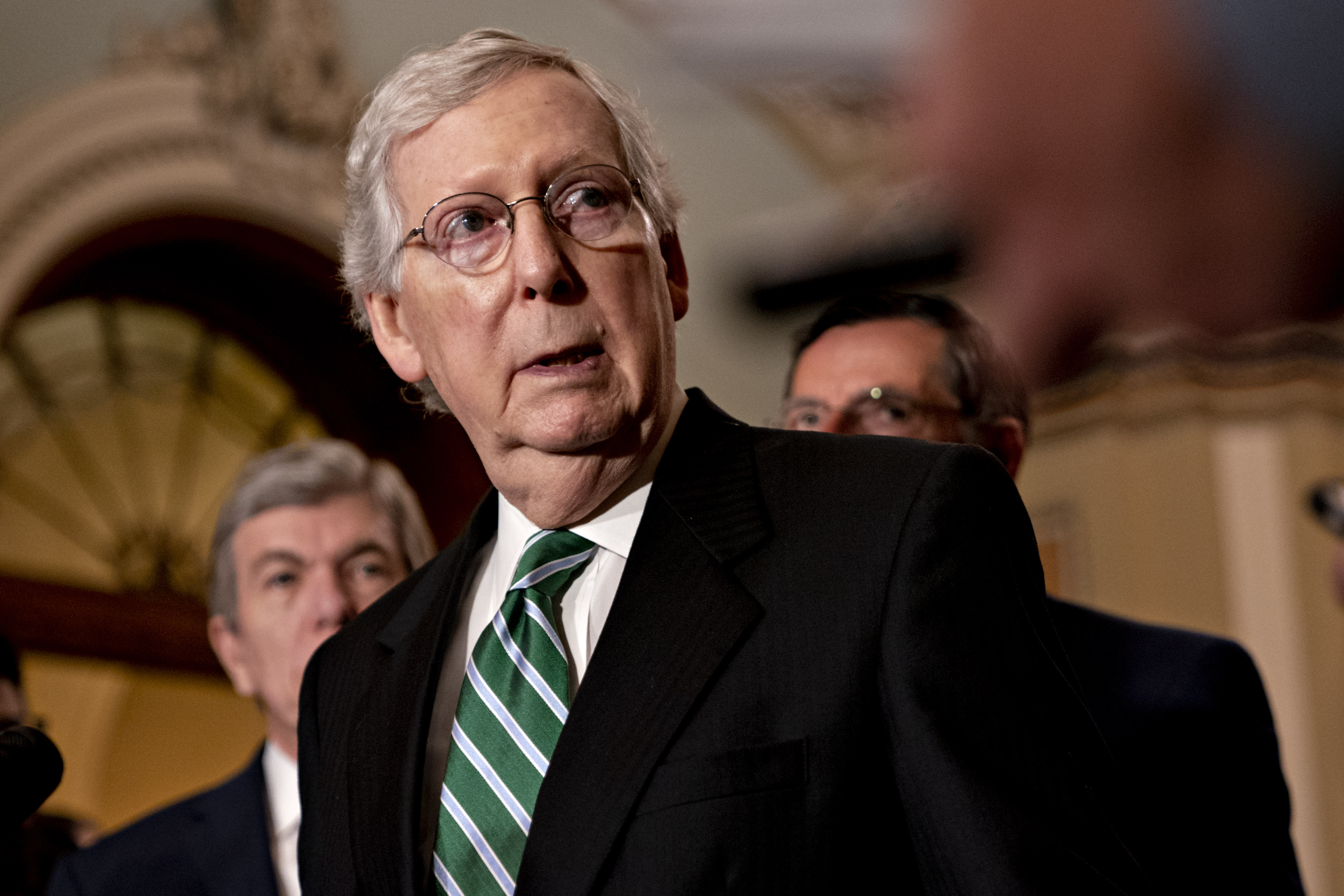 The Senate appears poised to reach a bipartisan deal for a short-term increase of the debt ceiling to avoid a market-roiling U.S. default.

Senate Minority Leader Mitch McConnell, R-Ky., Wednesday broke a weeks-long standoff on the issue by saying that Republicans would not filibuster a Democrat-led bill to raise the debt ceiling, assuming he can cobble together the 10 Republican votes needed to avoid a filibuster.

Lawmakers remained in negotiation Thursday morning over the terms of a deal.

McConnell’s proposal would lift the $28.4 trillion debt limit by a specific, to-be-determined, dollar amount through November. The two-month measure postpones the debate until December, which is also when a stopgap government funding measure will run out.

The debt limit deal is part of a tangle of procedural negotiations amid razor-thin party lines as Democrats try to fund the government, avoid default and pass a high-profile infrastructure program over the next several weeks.

“To protect the American people from a near-term Democrat-created crisis, we will also allow Democrats to use normal procedures to pass an emergency debt limit extension at a fixed dollar amount to cover current spending levels into December,” McConnell said in a statement Wednesday. “This will moot Democrats’ excuses about the time crunch they created and give the unified Democratic government more than enough time to pass standalone debt limit legislation through reconciliation.”

Treasury Secretary Janet Yellen has warned the U.S. could run out of money to cover its bills soon after October 18, when the department’s current emergency measures, including the suspension of the state and local government securities program, are expected to be exhausted.

The Bipartisan Policy Center Wednesday updated its forecast to project that the debt limit “X Date” will most likely arrive between Oct. 19 and Nov. 2.

“If we are to avoid crossing the Rubicon, Congress must act before, not on, the X Date to ensure the full faith and credit of the United States,” said Shai Akabas, BPC’s director of economic policy. “Even leading up to Oct. 19, the Treasury Department will find itself with dangerously low cash levels. An unexpected event during that time frame could escalate into a financial crisis.”

The ceiling had been suspended from August 2019 until July 2021 and was reinstated at the level of outstanding debt on Aug. 1, which triggered the Treasury to undertake the extraordinary measures to preserve cash.

S&P’s current rating reflects the expectation that Congress will reach a deal in time.

A default would carry implications for the public finance market, said Robin Prunty, an S&P managing director and Head of Analytics and Research.

“Inaction on the U.S. debt ceiling and a default would have a broad range of economic, budget, liquidity and capital market implications across U.S. public finance that could lead to widespread credit deterioration,” Prunty said.

“There are many debt issues in U.S. public finance that are directly linked to the sovereign rating by our criteria, such as municipal housing issues backed by the federal government or reliant on investment in U.S. government securities, government-related entities in housing and public power sectors, federal leases and defeased bonds that rely on investment in U.S. Treasury or agency securities for debt repayment,” she said.

Fitch Ratings has had the U.S.’s AAA rating on a negative outlook since last summer. During the 2013 debt ceiling standoff, Fitch put the rating on rating negative watch. In an Oct. 1 note, Fitch warned that “the economic impact of debt prioritization and the potential damage to investor confidence in the full faith and credit of the U.S. (which enables its ‘AAA’ rating to tolerate such high public debt) may not be compatible with an ‘AAA’ rating.”

If the limit is not raised, Moody’s Investors Service said it believes the government would prioritize debt payments “to preserve the full faith and credit of the U.S. government and avoid significant disruptions in the global financial markets.”

“The original intent of the debt limit was to be a forcing mechanism on lawmakers to remain fiscally disciplined,” said Moody’s Analytics chief economist Mark Zandi Sept. 21 report. “It has failed at this. Instead, it has become highly disruptive to the fiscal process.”

JPMorgan Chase CEO Jamie Dimon has proposed the U.S. get rid of the debt ceiling.

“We don’t need to have this kind of brinksmanship every couple of years,” Dimon said Wednesday during a meeting with President Joe Biden.