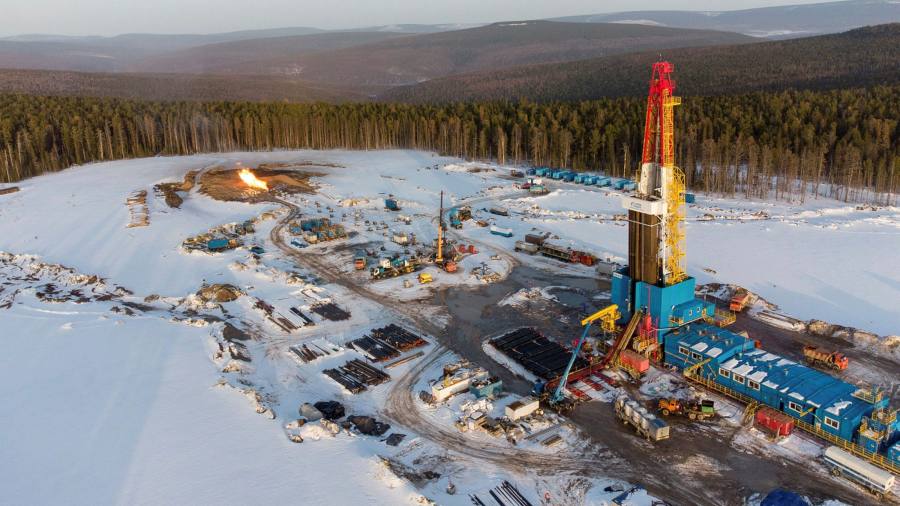 The Kremlin’s ambassador to the EU has called on Europe to mend ties with Moscow in order to avoid future gas shortages, but insisted that Russia had nothing to do with the recent jump in prices.

Vladimir Chizov, Russia’s permanent representative to the EU, said he expected Gazprom, the state-controlled exporter that supplies 35 per cent of European gas needs, to respond swiftly to instructions from president Vladimir Putin to adjust output.

Action, which would help curb skyrocketing wholesale prices, was likely to come “sooner rather than later,” he said. Putin “gave some advice to Gazprom, to be more flexible. And something makes me think that Gazprom will listen,” Chizov told the Financial Times.

While rejecting assertions from European lawmakers that Russia had played a role in Europe’s gas crunch, Chizov said Europe’s choice to treat Moscow as a geopolitical “adversary” had not helped.

“The crux of the matter is only a matter of phraseology,” he said. “Change adversary to partner and things get resolved easier . . . when the EU finds enough political will to do this, they will know where to find us.”

Natural gas prices in Europe have been surging, raising fears of a winter fuel crisis and putting the economic recovery in jeopardy.

At one point last week spot gas prices reached nearly 10 times their level from the beginning of the year, before abruptly dropping after Putin hinted that Gazprom might increase supplies.

Chizov insisted Moscow had no interest in gas price surges. “This does not promote stability,” he said. “People will start looking around, turning back from gas to coal, which some are already doing.”

Record high prices and low reserves have spooked EU governments fearful of a winter shortage and led to demands from some member states for Brussels to consider emergency remedies or new reforms. But energy commissioner Kadri Simson told the FT last week that the roots of the crisis were “not created here in Europe.”

Cold winters in Europe and Asia drained gas in storage while the economic rebound from the pandemic has pushed up demand and lower wind speeds in Europe this summer have reduced renewable energy generation.

Russian officials have said that regulatory approval to permit gas flows through the controversial Nord Stream 2 pipeline to Germany would help solve the crisis. Some analysts have suggested Moscow is exacerbating the price squeeze to force such an outcome. The US and many eastern EU states oppose the pipeline, which they say was designed to circumvent gas transit through Ukraine.

Chizov said the EU’s own energy policies had worsened the bloc’s woes as well as a reluctance among European energy companies to pay more to replenish their reserves. “All the problems that are arising have been created artificially. Primarily for political reasons,” he said.

However, Klaus-Dieter Maubach, chief executive of German gas company Uniper, a Gazprom client, suggested last week that supplies were the issue. Uniper “would be happy if Gazprom . . . delivered more volumes to cool down the situation and lower the gas price,” he said at a conference in Russia.

Chizov also said the crisis had been aggravated by EU regulations that force Gazprom to supply a proportion of gas to Europe on the freely-traded spot market terms, rather than through long-term contracts, which Brussels has argued are uncompetitive.

“Long-term contracts . . . provided security of supply and stability of volumes and prices. Then came this idea, emanating from Brussels, that the system should be changed,” he said. “We know that market rules may be helpful in some situations but quite unhelpful in others. Things can change. And they did change.”

Gazprom is fulfilling its obligations to European customers on long-term supply contracts, but has been reluctant to make additional volumes available on the spot market, instead supplying domestic Russian storage facilities. Chizov said that was because European energy companies were delaying extra purchases in the hope that prices will fall.

“If prices are freely floated on the market, of course any energy company in this part of Europe will think what the best moment is to order additional volumes,” he said. “The serious buyers know perfectly well what is going on . . . they have their own calculations.”

But Chizov said he believed the commission, whose flagship renewable energy reform initiative aims for the bloc to achieve net zero emissions by 2050, was “underestimating the future role of gas” as a European energy source.

“Until mankind finds a way to store energy in a sizeable manner, all those propellers and solar panels will not become a decisive factor,” he said.