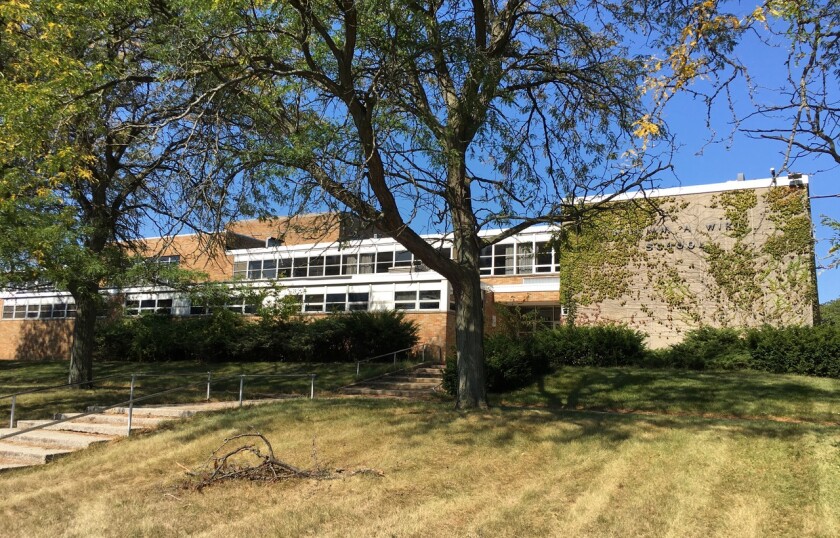 Two Gary, Indiana, residents are asking a federal judge to return the city’s school district to elected control and overturn a 2020 referendum that bolstered the district’s strained coffers by $8.9 million annually for eight years.

In Gary, on the Lake Michigan shore about 28 miles from downtown Chicago, district management was handed to the state’s Distressed Unit Appeals Board which in turn hired MGT Consulting Group to run the district and manage its battered finances. The board extended the contract last year for two years.

Residents Larona Carter and Nycletha Byrd argue the state legislation paving the way for full state control violates their state and federal constitutional rights under a provision that forbids state lawmakers from granting to any citizen, or class of citizens, privileges, or immunities, which, upon the same terms, shall not equally belong to all citizens.

“Without a governing body, Carter and Byrd are not able to enjoy the privileges of other Indiana citizens because there is no governing body and the procedure to appeal or dispute the emergency manager is so cumbersome, overly burdensome that it prevents citizens in Gary, Indiana for disputing or exercising free speech against the emergency manager,” reads the lawsuit.

The two further accuse the district’s management of violating their constitutional rights as it has “overseen the increase of the debt, and has been the overseer while academics plummeted should be against public policy.”

The lawsuit names the state’s DUAB and Lake County Board of Elections and Registration as defendants.

The lawsuit contends the board lacked authority to legally put the referendum question to voters in November arguing that it was not specifically allowed in the state legislation.

“Defendant DUAB violated Plaintiffs’ right to substantive and procedural due process by not allowing Byrd and Carter to have a proper mechanism to exercise their right to freedom and speech regarding the public question,” reads the lawsuit.

The two are asking for a declaratory judgment that the state takeover violates the state constitution and ask the court to order the DUAB and LCBER to hold an election for an elected school body that can in turn decide whether to pursue a referendum.

Indiana school districts are normally governed by an elected board. The state’s Muncie takeover involved the handoff of control to Ball State University which manages the district through a seven-member governing board. The university appoints five members and one is recommended by the city’s mayor and one by the city council.

Responses to the lawsuit filed over the summer are due Oct. 26. This week a new judge was assigned to the case, Philip P. Simon. The DUAB said it can’t comment on pending litigation. The state board is being represented by the attorney general’s office. The two plaintiffs are represented by attorney Tracy Coleman.

The takeovers marked a first for the state.

Both Muncie and Gary had struggled with falling student enrollment with Gary’s blamed on a dwindling local population, the city’s own fiscal distress, and the growing availability and affordability of charter schools. Muncie’s fiscal woes were driven in large part from misspending bond proceeds.

The lawsuit points out that the district’s student population is overwhelmingly Black and that the majority white Muncie district still enjoys a governing board although it operates under the purview of the university and not an emergency manager.

Gary voters rejected two referendum attempts to raise more local funding before the 2020 measure. The district pressed for voter support noting it had trimmed a budget gap to $6 million in 2019 from $22 million in 2017 and the new revenue would help move the district back to fiscal solvency needed to remove state control.

“A balanced budget is necessary for ending state control of our Gary Community Schools,” the district said in an informational document.

The lawsuit comes as the district has benefited from a trifecta of new funding. In addition to the referendum, the district received about $26 million in relief from the 2020 CARES Act and a second package approved in December with about twice that amount expected from the American Rescue Plan Act signed earlier this year.

The state also freed up spending for capital and to demolish shuttered schools by suspending Gary’s near-term repayment of $25 million in state loans until 2024 allowing the district to redirect the loan payments into its school improvement fund.

The Gary school district in its most recent annual financial report said it had about $76 million of long term debt at the end of 2020: $39 million from bonds and $37,000,000 is from common school loans.