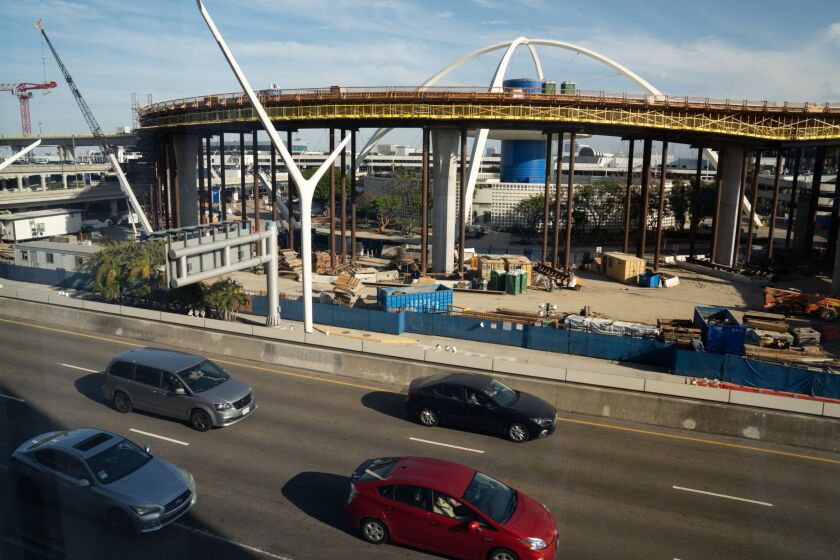 State and local governments would be encouraged to consider public-private partnerships for complicated projects like rural broadband or large transportation developments under the bipartisan infrastructure bill being debated by Congress this week.

The legislation doubles private activity bond volume for surface transportation projects to $30 billion from $15 billion, a central financing tool for P3 projects that lowers the cost of financing and encourages private interest. The bill would also allow the use of PABs for broadband and carbon capture projects.

Governments would receive grants to hire technical advisors to consider P3s and would be required to conduct a value-for-money analysis for user-fee projects that cost more than $750 million and are funded by the Transportation Infrastructure Finance and Innovation Act or Railroad Rehabilitation and Improvement Financing programs under other P3-friendly provisions in the legislation.

Even without the provisions, the P3 sector would enjoy an immediate boost just from the size of the package, said Shant Boyajian, partner at Nossaman LLP.

The P3 market, which in the US has lagged Canada and Europe, is already enjoying strong growth. In 2020, a record number of P3 projects entered the pipeline in the prelaunch phase, according to an April 2021 Husch Blackwell P3 trends report. Overall, the US had 84 active projects during 2020, a 320% jump from 2018, the report said.

“Sometimes in moments of crisis, trends that had started get fast forwarded a little bit,” said Charles Renner, partner at Husch Blackwell and head of the firm’s P3 group. After a steady uptick since the 2008-2009 financial crisis, the P3 trend has quickened since COVID, Renner said.

The House is considering the bill this week and is set to vote on it Thursday, but its fate is bound up with negotiations over a larger controversial budget bill also on the table. The Senate passed the infrastructure package with a bipartisan vote on August 10.

The infrastructure bill totals $973 billion over five years. The new spending totals $550 billion, including $110 billion for roads and bridges, $65 billion each for broadband expansion and upgrading the energy and electric grids, $66 billion for passenger and freight rail, $39 billion for public transit, $25 billion for airports, and $17.4 billion for ports and waterways.

“What’s particularly significant in this bill is the use of P3-related financing programs in areas outside of transportation, such as the broadband and carbon capture provisions, which is really new ground for the use of private financing approaches,” said Joe Seliga, partner at Mayer Brown and co-head of the firm’s projects and infrastructure industry team.

“The tremendous benefits we’ve seen from the use of private activity bond and TIFIA financing programs in the transportation space [will be] carried over into other areas of priority with respect to infrastructure projects in the country.”

Texas is closely following the $65 billion allocation to broadband projects, said Jon Conant, director of the Center for Alternative Financing and Procurement for the state of Texas, which facilitates P3s for the state.

“Nationally, early attempts to either incorporate telecom projects into roadway projects or even apply the typical revenue risk/toll-based financial models have been unsuccessful,” Conant said. “Incorporating federal grant dollars and other subsidies can potentially attract private investment that together could deliver a return on investment attractive enough to support broadband network expansion P3s in Texas.”

State and local agencies now realize that rural broadband is badly needed despite the complicated and expensive nature of the projects, Renner said.

“The funds are in place, the policy consensus is there, so the expectation is that deliveries will start to occur and frankly it’s a very complex project type to deliver, so the dynamics lend itself to P3s,” he said.

The legislation also requires TIFIA and RRIF applicants with projects in excess of $750 million to conduct a value-for-money analysis as part of their application process. The analysis needs to consider several factors, including the cost of public financing versus private financing and discussion of the benefits and costs associated with various delivery scenarios.

While the proposal is expected to encourage P3s, some believe it’s too limited, Seliga said.

“Some in the market say consideration of P3s should be much broader, for example, if federal funds are used for a project, P3s should be considered in all cases,” he said. But “at least [the bill] creates an opportunity for P3s to be seriously considered, especially for some of the large-scale projects where P3s could have some of the greatest positive impact.”

The bill also offers $100 million in grants to project sponsors for technical assistance with P3 procurements, which is expected to benefit agencies that have never used P3s before or lack the internal expertise to analyze them.

That proposal is “pretty huge and will allow for a lot of project sponsors that wouldn’t have otherwise been able to consider P3 delivery to look at that as a viable option without impacting their bottom line,” Boyajian said.

Water projects may also see stepped-up P3 use in the future. The bill also expands the ability to use TIFIA for certain airport projects and for transit-oriented projects, which could accelerate several airport terminal redevelopment projects.

Market participants said the successful passage of the bill alone would boost the growing P3 market.

“The continuing national consensus on infrastructure needs and the benefits of infrastructure with some openness to P3 and alternative delivery models to get there supports the growth of the market,” Renner said.