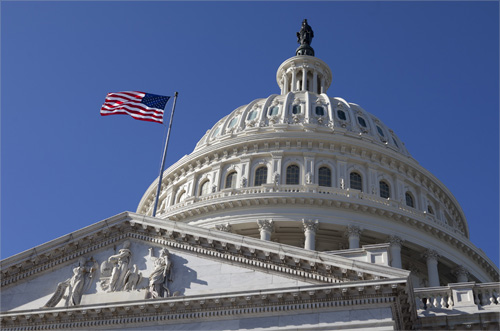 The position revises Citi’s warning earlier this week that the surcharge may apply to tax-exempt municipal income, a move that would have diluted the value of tax-exempt debt. That position was based on an interpretation of modified adjusted gross income, or MAGI, that does include tax-exempt income in other governmental contexts.

“We were concerned that this proposal, if implemented, could impact tax-exempt interest as well, and would be bearish for municipals,” Citi said in a note today. Citi had based its original interpretation on the fact that the IRS’s definition of MAGI applies to tax-exempt income, as does healthcare.gov when it is determining benefit eligibility, the note said. “However, based on feedback from tax experts and Ways and Means Committee staff, we now believe that the 3% surcharge will not apply to tax-exempt interest.”

The proposed 3% high income surcharge is included in the budget reconciliation bill now being debated by Congress. The provision would impose a tax equal to 3% of a taxpayer’s modified AGI in excess of $5 million, or $2.5 million for a married individual filing separately.

The provision is estimated to raise $131.2 billion over 10 years, according to the Tax Foundation.

The legislation is “quite clear” that the surcharge does not apply to tax-exempt income, said a tax attorney.

“The surcharge is based on a specifically defined modified gross income, which does not include tax-exempt interest,” the attorney said.

The legislation defines MAGI as adjusted gross income reduced by any deduction allowed for investment interest, which does not include tax-exempt income.

“Our understanding is that modified adjusted gross income, as defined in the proposed legislation, would not include income earned on tax-exempt securities,” said Brian Egan, Director of Governmental Affairs for the National Association of Bond Lawyers.

“With that understanding in mind, we remain focused on the provisions of the bill that we do support—restoring advance refundings, modernizing bank -qualified debt, bringing back direct-pay bonds and expanding other tools that help finance strong, economically vibrant communities. We look forward to working with our champions on and off the Hill to make these proposals a reality.”

Citi’s head of municipal strategy Vikram Rai was not immediately available for comment. The House Ways and Means Committee declined to comment.

It’s unclear when the reconciliation package, which features several provisions supported by the municipal market, will be voted on. House Speaker Nancy Pelosi wants a bipartisan infrastructure bill to come up for vote on Monday. That would mean the reconciliation bill, which House progressives have linked to the infrastructure bill, would have to be completed by Monday as well.