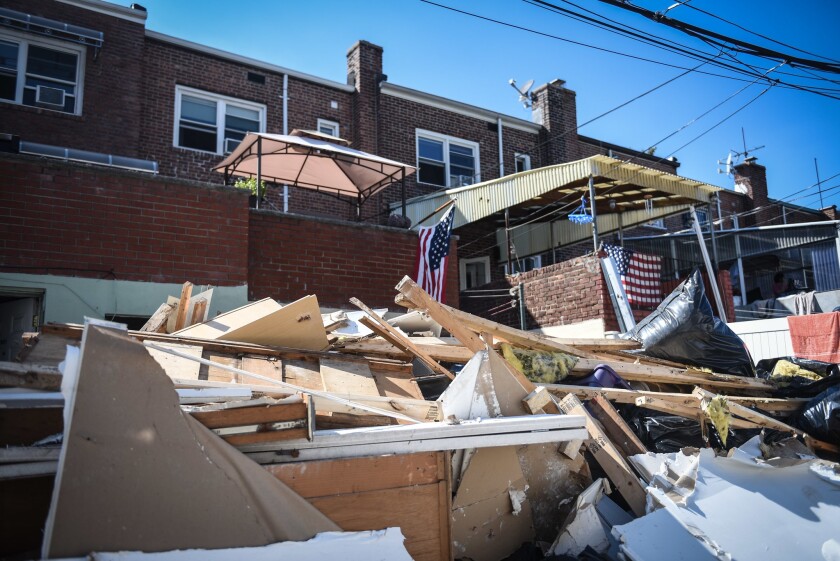 Tropical Storm Ida’s damage in New York exposed vulnerabilities to the city itself and the mass transit system that serves it.

While the federal and state governments have funding and other remedies in the works, local concerns range from frayed infrastructure to better communication in the face of a new quick-strike phenomenon, flash flooding.

And hurricane season is far from over.

“Our city should have been able to anticipate and prepare for the heavy rainfall,” City Council transportation committee chairman Ydanis Rodriguez said at an oversight hearing on Tuesday. At separate meetings over three days this past week, the council and the state-run Metropolitan Transportation Authority discussed resilience and response at to the Sept. 1 storm at length.

The annual Climate Week NYC kicks off on Monday, featuring international leaders from business, government and civil society to emphasize climate awareness. It will involve more than 500 events across the city and worldwide.

MTA officials estimated that they pumped 75 million gallons of water out of their system due to Ida’s record 3.15 inches of rain in less than an hour. The storm poured more than seven inches of rain into Central Park.

Storm costs, according to authority officials, could reach $100 million. While city officials have yet to peg a full cost from Ida, they expect it to run into tens of billions.

Of the 13 people who died in the city, 11 drowned in basement apartments, prompting concerns about building codes and illegal occupancies.

“We are in the middle of a climate reckoning, which projects we need to do,” said bond analyst Natalie Cohen, president of National Municipal News. “Clearly not just New York City and not just the MTA.”

Lisa Daglian, executive director of the watchdog Permanent Citizens Advisory Committee to the MTA, suggested the authority and the city collaborate on “joint priority” capital projects and fast-track them.

“The MTA — and the city — must also look at their capital programs in the context of resiliency and reprioritize their projects as necessary,” Daglian said at the council hearing. “The storms — Henri, Ida and whatever comes next — are a clear indication that new solutions must be found.”

The MTA this coming week intends to sell roughly $850 million of Triborough Bridge and Tunnel Authority payroll mobility tax senior lien bonds in four subseries — a mix of new money and refunding — with sizing of the subseries undetermined as of Friday.

“With a strong credit and a large base of investors comfortable with TBTA, we expect robust demand for these bonds, but in our view, there is little incremental tightening left in TBTA bonds,” said John Ceffalio, senior municipal research analyst for CreditSights. Ceffalio expects that investors who need New York triple-exempt bonds to drive the demand.

“As part of this exploration of the flash-flooding issue, we will be looking at both the subway and the at-ground systems,” MTA interim chairman Janno Lieber said after the authority’s board meeting on Wednesday. Lieber, though, said any discussions of joint capital funding for projects were premature.

Lieber said the MTA’s pending 20-year capital-needs assessment, which helps guide its capital program, will reflect the need for greater resilience. The next plan will cover 2025 to 2029.

“Our communication with the MTA on the drainage side probably wasn’t so good over the last couple of years, but when Janno came in about three months ago, the first thing he did was reach out to us and say he wanted to re-establish the task force that we have for drainage,” said Vincent Sapienza, the city’s Department of Environmental Protection commissioner.

“In some cases, flooding on local streets, overland flooding, is getting into subway entrances. Those are things that we’re working at, seeing what we can address,” Sapienza added. “In other cases, it’s things that MTA needs to do to tighten up some of the drainage in their spaces, but we are now again having active conversations and they are good conversations.”

About $3 million of that amount, Schumer said, would upgrade hyper-local and real-time weather-monitoring technology in New York. The University at Albany hosts the state’s severe weather warning system, a web-like scattering of 126 observation stations called a mesonet.

The city could also be in store for extra climate-related funding through passage of a federal infrastructure and budget-reconciliation bills now through Congress.

“We’ve seen overdevelopment for decades,” he said. “We tell our developers, ‘well, our sewer system’s not going to take this,’ and the city always comes back [and says] ‘oh, it’s fine.’ And it’s not fine.”

Metro-North has allocated significant resources to its tree-cutting program the past several years.

“This has been a special area of focus on the New Haven line where we have the catenary [overhead] wire,” Rinaldi said. Projects after Hurricane Sandy included the elevation of substations.

Transit advocate Murray Bodin of Hartsdale, in Westchester County, called for a more forceful and unified preparation for the next megastorm.

“You had the lesson this time.”