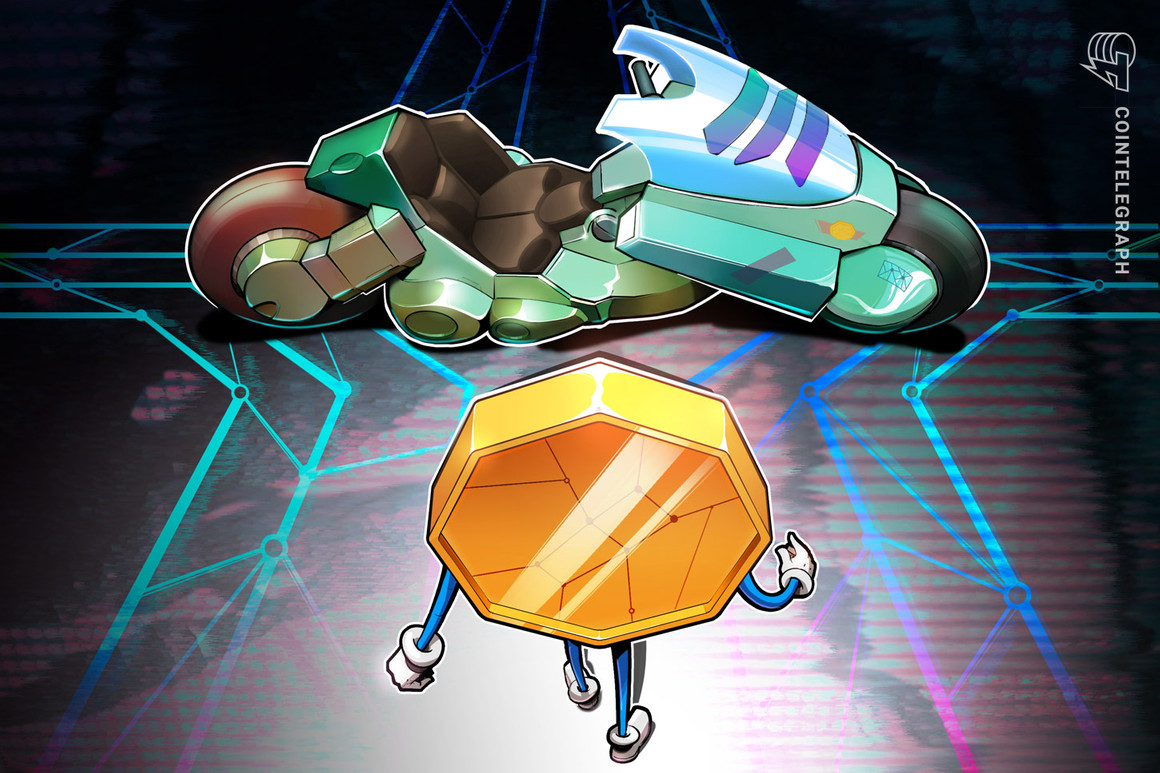 Solana has been a trending altcoin due to the successive weeks of price increases. At the time of writing, Solana traded at around $207, which is an 11,400% surge from less than two dollars back in January. At its present worth, Solana sits among the top 10 cryptocurrencies by market capitalization with about $60 billion, claiming the sixth spot from Dogecoin, according to Cointelegraph markets.

One of the likely catalysts of this bullish momentum is funding from investors led by Andreessen Horowitz and Polychain in June. Solana secured $314 million, which will be used to further its technology in the decentralized finance (DeFi) arena. Notably, the investment took the form of SOL coin purchases rather than traditional equity shares.

Another key reason for Solana’s price boom is the announcement of its fourth hackathon event slated for Oct. 8. Hackathons are targeted at developers whose projects are entered into a competition for a chance to win cash prizes and seed funding opportunities. This was perceived as a positive move for Solana as it could help achieve wider adoption of its technology.

So, with Solana making headway, pundits can’t help but compare it with a similar programmable blockchain in Ethereum. Many have gone as far as to say Solana could be the Ethereum killer, competing with Polkadot (DOT), Avalanche (AVAX) and the Binance Smart Chain (BSC).

Solana is a layer-one blockchain network that can implement smart contracts. Founded by Anatoly Yakovenko, a former Qualcomm Senior staff engineer manager, in 2017, Solana is billed as the solution to the scaling issues of Bitcoin (BTC) and Ethereum (ETH). Two years after its founding, Solana was able to land $20 million in a Series A funding round led by Multicoin Capital.

While Bitcoin is widely accepted as a peer-to-peer form of money, Ethereum, on the other hand, is the platform for turning almost everything peer-to-peer. Solana is in the same league as Ethereum with its smart contract capabilities and layer-one infrastructure, but it brings along several other propositions.

Ethereum is still the top choice for building decentralized applications (DApps) and deploying smart contracts, but it can’t be denied that it’s plagued with legacy issues that it tries to refine over time. Due to a lack of scalability, users occasionally face notoriously high gas fees. Although its transition to proof-of-stake (PoS), which is estimated to reduce such fees through an increased transaction throughput by applying shard chains, is already set in motion, it isn’t expected to be fully merged to Ethereum’s mainnet until late 2021 or 2022. This is because the Beacon chain that will coordinate all the shards is still under testing despite going live since December of last year.

On the other hand, Solana already has a PoS structure baked in as its consensus mechanism. However, the key innovation is in its proof-of-history (PoH) protocol. Under a PoS system, it may be difficult for validators to find chronological order in incoming blocks of transactions. PoH’s way around this is by establishing a historical record that cryptographically verifies the passage of time between two events.

Essentially, each Solana validator maintains its own “clock” that verifies the order of the event and hashes the passage of time. Therefore, it creates a sequence of hashes which are all achieved through a verifiable delay function (VDF). Yakovenko described it in 2018 as “a way to encode time as data.”

In other words, Solana can process transactions as they come as opposed to waiting for a block to be filled, which can be a lengthy process. This enables Solana to be more scalable, processing more transactions than some other blockchains.

Aside from this, Solana also brings in a block propagation protocol called Turbine, which breaks up important data into bits and can then be sent to nodes at a faster rate without taking up so much bandwidth. Solana also implements Tower BFT, an advanced version of the practical Byzantine fault tolerant (pBFT) system in other delegated proof-of-stake (DPoS) blockchains. Tower BFT also compliments PoS as it acts as the gatekeeper of the network.

Despite Ethereum being the superior network with 7,000 nodes and 90,000 validators compared with Solana’s 600 nodes and 1,000 validators, Solana is still dubbed as an “Ethereum killer.” A large part of this is due to how its innovations address the perceived weaknesses in Ethereum.

Through the aforementioned PoH, with validators maintaining their own clock, transaction verification is cut short as nodes will no longer have to put in processing power to verify various timestamps. This improves the speed at which transactions are processed. Solana claims that it can process up to 60,000 transactions per second, which is a far cry from what Ethereum and even Bitcoin, Visa and XRP combined can offer.

Not only that, but transaction costs are significantly lower. As mentioned, one of the biggest drawbacks for Ethereum users is that gas fees can be volatile and absurdly high. Users would sometimes pay up to $65 to process a transaction. Last year, one user even paid $9,500 just to trade $120 on Uniswap. With Solana, fees can fluctuate from a mere $0.00025 per transaction — worlds apart from what Ethereum charges.

Download the 30th issue of Cointelegraph Consul Bi-weekly Newsletter in full, complete with charts and market signals, as well as news and overviews of fundraising events.

This year, nonfungible tokens (NFTs) have been all the rage as artists, investors, collectors, traders and celebrities have begun to dabble in this blockchain-based movement. The majority of NFTs are still transacted over at the Ethereum network. However, Solana is slowly trying to grab a share of this nascent market.

A new NFT project called Degenerate Ape Academy became a test of its scalability as the entire collection of 10,000 apes sold out in just eight minutes. This caused the SOL price to soar to $53.70 on Aug. 15, from trading at $44.11 just a day before.

Solana NFT marketplace, Solanart, which tracks the sales of the listed NFT collections, shows that the Degenerate Ape Academy NFTs is the dominant force in Solana NFT sales. The collection has already amassed a volume of 765,000 SOL tokens, which would translate to about $122 million at its current price.

In view of this, those who once enjoyed transacting on the Ethereum network could be tempted to change sides altogether. Former chief marketing officer of dating app Hinge Nathan Ross tweeted about how Solana is a better fit for NFT use case as it is faster, cheaper and easier than Ethereum.

Then, there’s also the integration with FTX on Sept. 6 as the popular crypto derivatives platform launched its own NFT marketplace.

Can Ethereum compete with Solana in the long run?

The question now is can Solana outdo the top two altcoins? Ethereum 2.0 isn’t expected until sometime next year, as phase two of the upgrade’s timeline is until late 2021 or early 2022. With the upgrade, proponents believe that transactions on Ethereum could be much cheaper and could even reach 100,000 per second, or more.

In spite of that, Solana’s design architecture allows it to keep pace as it is theoretically made to scale with Moore’s Law. This means that as computers become faster over time, so will Solana. Essentially, Solana is future-proofing itself through its scaling capabilities. If this proves to be the case, will Solana be the culprit for taking an ax to Ethereum?

Cointelegraph’s Market Insights Newsletter shares our knowledge on the fundamentals that move the digital asset market. The newsletter dives into the latest data on social media sentiment, on-chain metrics, and derivatives.

We also review the industry’s most important news, including mergers and acquisitions, changes in the regulatory landscape, and enterprise blockchain integrations. Sign up now to be the first to receive these insights. All past editions of Market Insights are also available on Cointelegraph.com.