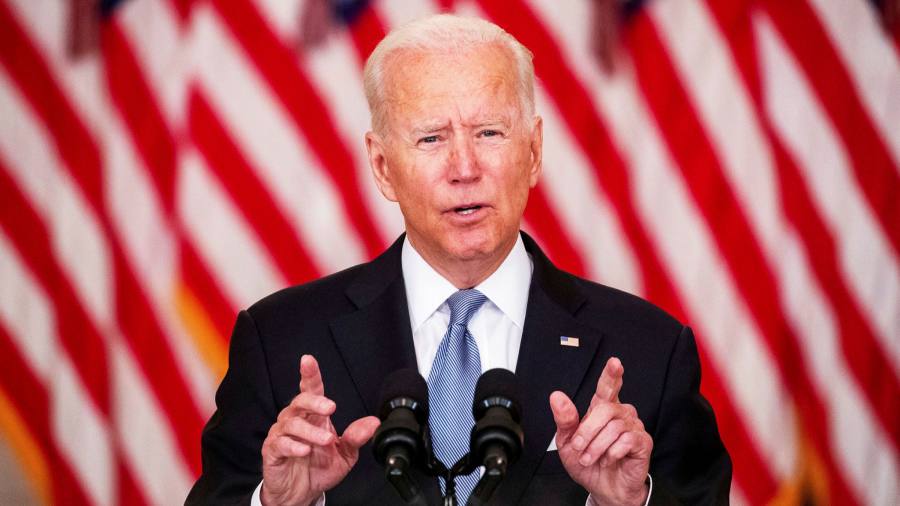 Joe Biden is poised to launch his most forceful defence yet of America’s chaotic pullout from Afghanistan, a day after the last US troops flew out of Kabul airport ending their 20-year military presence in the country.

In remarks scheduled for 2.45pm local time at the White House, the US president will attempt to put a lid on the biggest national security crisis since he took office in January and rebut criticism that his administration mishandled the withdrawal.

His speech was expected a few hours after Taliban forces assumed control of Kabul’s airport, completing their swift and stunning takeover of the country as the Afghan government withered away over the past month.

Biden had long believed in the need to end America’s military presence in Afghanistan, deciding in April to press ahead with exit plans by early September. But the withdrawal turned disorderly and deadly, with a terrorist attack by Isis-K killing scores of Afghans and 13 US troops last week, as US and coalition forces mounted a desperate effort to evacuate more than 100,000 people from the country.

“[Biden] will lay out his decision to end the war in Afghanistan after 20 years, including the tough decisions he made over the last seven months since he took office to bring the war to a close,” Jen Psaki, the White House press secretary, said on Tuesday. “He will make clear that as president, he will approach our foreign policy through the prism of what is in our national interests, including how best to continue to keep the American people safe.”

Biden previewed his remarks in a written statement on Monday evening, saying the decision not to extend the US presence in Afghanistan came after a “unanimous recommendation of the Joint Chiefs [of Staff] and of all of our commanders on the ground to end our airlift mission as planned” on the basis that this was “the best way to protect the lives of our troops, and secure the prospects of civilian departures for those who want to leave Afghanistan in the weeks and months ahead”.

But ending the US presence in Afghanistan as planned has left up to 200 US citizens and many more vulnerable Afghans in the country, where they risk reprisals from Taliban forces.

Top Biden administration officials have said that even though the military’s evacuation efforts have ended, they would keep up diplomatic efforts to get people who want to leave out of the country. But this depends on the Taliban sticking by its pledge to allow the “safe passage” of Afghan citizens to other countries, which Biden urged them to do again on Monday.

“The Taliban has made commitments on safe passage and the world will hold them to their commitments. It will include ongoing diplomacy in Afghanistan and co-ordination with partners in the region to reopen the airport allowing for continued departure for those who want to leave and delivery of humanitarian assistance to the people of Afghanistan,” he said.

After US troops left Kabul, concerns flared that the Taliban would gain control of American military equipment abandoned in the final rush to depart. However, US officials said several Chinook helicopters still at the airport had been rendered “inoperable” before the departure, and they denied reports that they had left US military working dogs in cages at the airport.