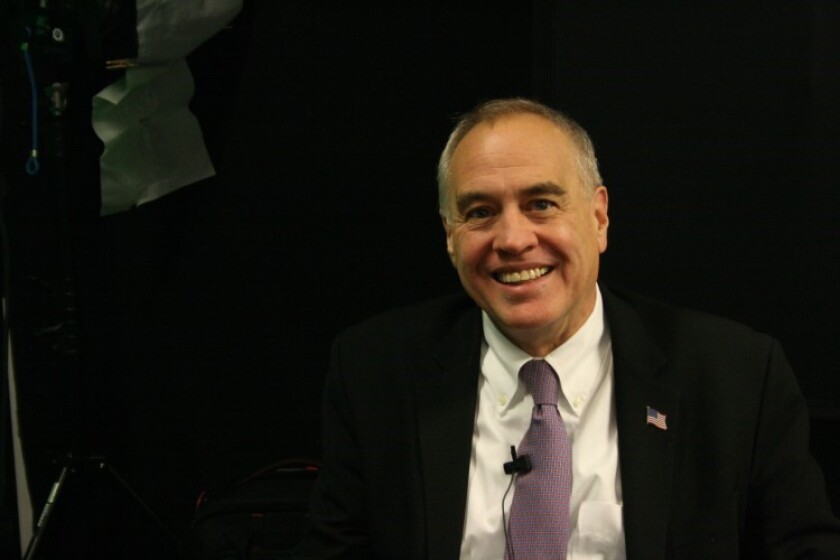 New York State Comptroller Thomas DiNapoli cited the strength of the state’s pension system in lowering the long-term assumed rate of return on investments by the $268 billion Common Retirement Fund.

The rate will drop to 5.9% from 6.8%, DiNapoli said in approving a recommendation from retirement systems actuary Michael Dutcher.

The third-largest pension fund in the U.S. underwrites the New York State and Local Employee Retirement System and Police and Fire Retirement System, of which the comptroller is the sole trustee. The fund covers roughly 1.1 million state workers.

The pension system realized “the best fiscal return in its history” at 33.5% in the 2020-21 fiscal year, Dutcher’s report said.

DiNapoli also said the state pension fund is 99.3% funded, one of the highest ratios in the U.S.

“The fund’s strength gives us the ability to weather volatile markets,” he said. “Our prudent strategy for long-term, steady returns helps ensure our state’s pension fund will continue to be one of the nation’s strongest and best-funded.”

“Cutting the assumed rate of return is an unequivocally good and prudent thing,” McMahon said.

“Assuming lower earnings also tends to result in higher required contributions by employers — which is why politically sensitive public pension fund administrators across the country have tended to set their RoRs at much higher levels than those required for private corporate plans.”

McMahon still noted the new rate will remain considerably higher than the yields from commensurate low-risk U.S. Treasury or high-quality corporate bonds, which now range from 2.3% to 3.3%.

This marks the fourth time DiNapoli has lowered the state pension fund’s assumed rate of return as economic and demographic conditions have changed. He decreased the rate to 7.5% from 8% in 2010, then to 7% and 6.8% in 2015 and 2019, respectively.

Moody’s in June raised its outlook on state GOs to positive. S&P and Fitch that month revised their outlooks to stable from negative. Kroll’s outlook is also stable.

The Volcker Alliance, in its report card on the states, praised New York’s diligence in funding its pension plans in line with actuarially determined contributions.

It gave the state a B grade in legacy costs, saying the state did not contribute to its estimated $91 billion other post-employment benefits, or OPEB liability — notably healthcare — in line with actuarial recommendations, instead covering current retiree costs on a pay-as-you-go basis.

Retiree healthcare obligations, though smaller than most municipal issuers’ debt and pension liabilities, pose the most material long-term liability for about 10% of state and local governments, Moody’s said.

DiNapoli said pension contributions for 2022-23 won’t be based on “smoothing” returns over the past five years but on a what he called a restart of actuarial asset measures based on the high fiscal 2021 return.

“The restart comes with risk,” McMahon said. “If investment returns over the next few years average below the assumed RoR, as they did in the early 2000s and again in the Great Recession, employer contributions will need to be sharply increased in just a few more years.”