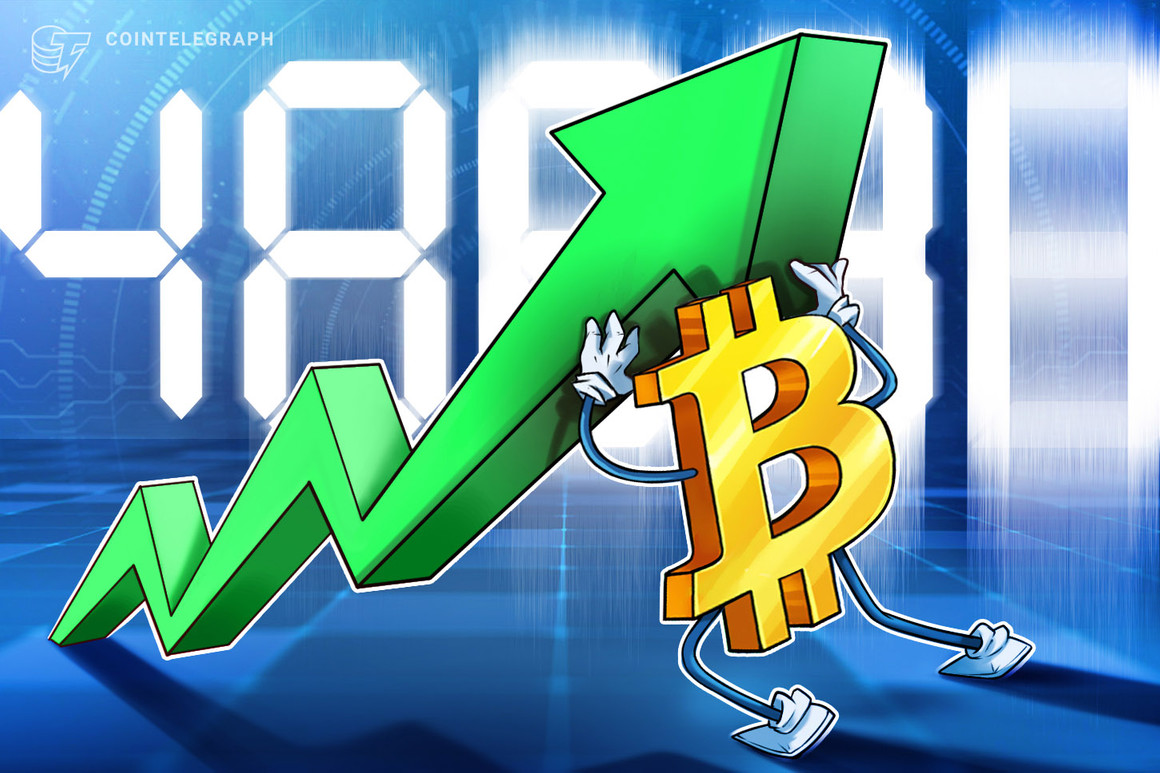 Bitcoin (BTC) gained almost $1,500 in under an hour on Aug. 26 after an “uber dovish” speech by Federal Reserve Chair, Jerome Powell.

Speaking at the virtual Jackson Hole annual symposium, Powell hinted that the Fed would begin to reduce its asset purchases in place since the start of the Coronavirus pandemic.

A long-awaited signal, the move, referred to as “tapering,” may come this year, but Powell did not give a firm deadline for it to begin.

“Even after our asset purchases end, our elevated holdings of longer-term securities will continue to support accommodative financial conditions,” he said.

“The timing and pace of financial reduction of asset purchases will not be intended to carry a direct signal regarding the timing of interest rate lift-off, for which have articulated a different and substantially more stringent test.”

A reduction in asset purchases would likely take the wind out of the stock markets’ sails, the Fed thus sparing indexes losses with Powell’s remarks. The S&P 500 went on to hit fresh all-time highs afte the speech.

At the same time, the U.S. dollar weakened, while Bitcoin showed clear strength, hitting local highs of over $48,400 on Bitstamp.

“Put on your rally hat, futures have expired and bitcoin is rising,” Scott Melker summarized, also noting that the $2 billion end-of-month expiry for open interest had completed.

Beyond the Fed, bullishness continued looking further out at the coming weeks for Bitcoin.

On Friday, analyst William Clemente went as far as to call the start of a new “bullish impulse” move similar to that seen at the end of July.

“After some profit-taking earlier in the week, it appears that we are starting another Bullish Impulse,” he said, eyeing several on-chain metrics related to Bitcoin’s “supply shock.”

“Will need to monitor these flows over the next few days, but as of now leaning bullish for the coming 1-2 weeks.”

As Cointelegraph reported, the verdict on what is to come in Q4 this year remains firmly bullish.