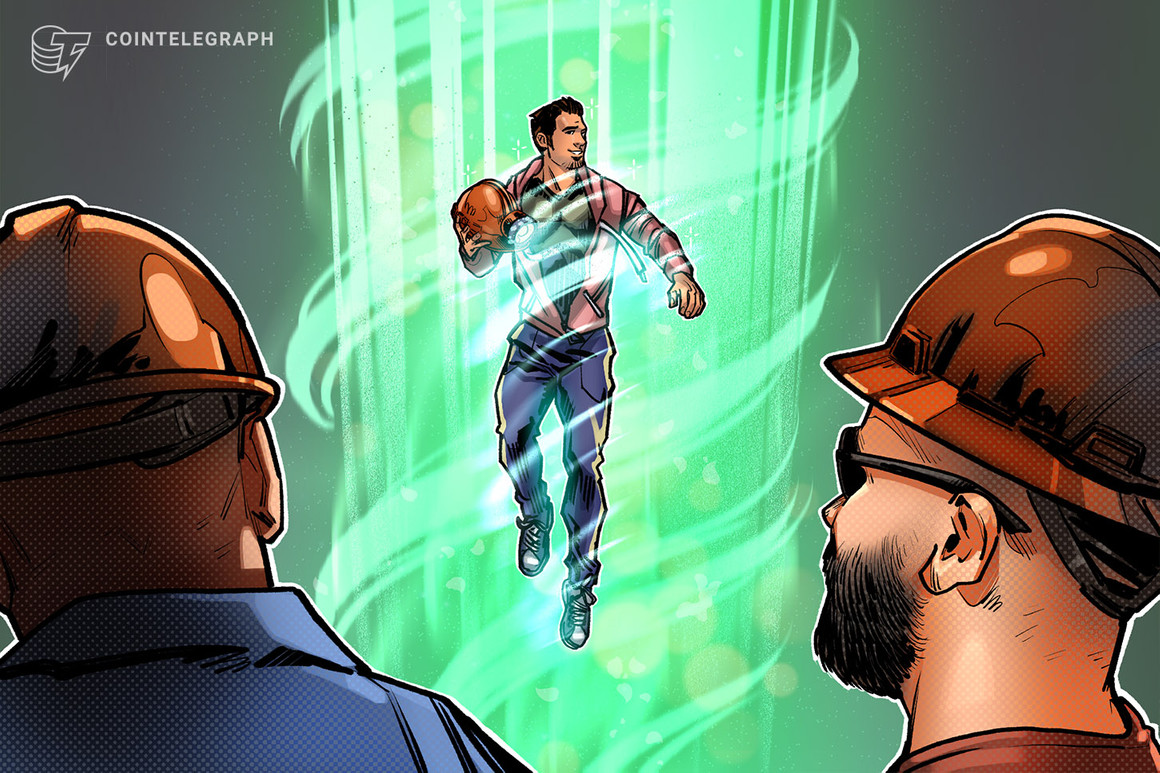 Blockchain mining networks are often victims of their success. The two contemporary realities that demarcate the mining landscape and cause blockchains to fall short of what they promise are 1) the ongoing technological arms race driven by inherent competitive greed; and 2) the rising energy costs associated with proof-of-work (PoW) mining. Blockchains built on the PoW consensus have become highly unequal and increasingly centralized in terms of their hash rate. This concentration of mining power in fewer and fewer hands is an attack on the fundamental requirement for distribution and decentralization that blockchains possess.

In addition, the motivation to ramp up mining power has a knock-on effect in terms of runaway energy costs, which have the potential to cause irrevocable environmental harm, as has been the crux of the Chinese Bitcoin (BTC) mining saga. To ensure a sustainable future for blockchain and cryptocurrencies, the hash rate must be distributed more equitably, ensuring that the chief components of distribution and decentralization are kept intact. This requires a reimagining of the mining process as we know it and necessitates a restructuring of PoW systems.

Related: Green Bitcoin: The impact and importance of energy use for PoW

The detrimental impact of mining re-centralization

Before unpacking what such a solution may look like, it is worth emphasizing the extent of the issues. The PoW consensus was, and continues to be, essential to Bitcoin’s enduring popularity, success and reliability. Most notably, PoW offers a solution to the well-known Byzantine Generals’ Problem in the fields of mathematics and computer science, through an incentivization setup and ongoing resource commitment that makes it infeasible for a malicious party to interfere with honest consensus.

Distribution and decentralization remain the crucial aspects of solving the dilemma where parties must agree on a single strategy to avoid complete failure, by enabling widespread consensus on “the message” and eliminating the risk posed if some of the involved parties are corrupt or unreliable. Yet, the more centralized and dominated by a small number of entities a blockchain network becomes, the less the consensus protocol can function as a solution to this problem. The rise of massive ASIC farms enables a handful of powerful players to exert control over the blockchain infrastructure, thereby threatening its ability to remain distributed and decentralized — and, ultimately, trustless.

This “late-stage” issue of the PoW consensus arises through how miners are incentivized through competition for the block reward. Although an essential part of the game-theoretic structure for keeping the network secure, this all-or-nothing race to the top also creates serious issues. In particular, it gives rise to the allegorical “cheating athlete problem,” which describes how when the reward for a race is worth a great deal, participants will do just about anything to win, including cheating. Imagine a group of athletes at the starting line of the first of a series of races, wherein each one will try to cross the finish line first and win a prize.

There is a certain amount of luck involved in winning each race (it is not simply the fastest who triumphs), but the chance of winning increases with the speed of the athlete. Cheating, in this case, is defined as gaining a substantial advantage over the other runners through the use of technology and/or collusion, such that the winner of each race is not sufficiently random as to provide a solution to the Byzantine Generals’ Problem (namely, distributed consensus through a sufficiently randomly distributed resource commitment).

It is in a similar vein that the PoW race leads to the development of ever more energy-hungry machines and larger mining farms, reducing the decentralization and distribution of the network, and preventing the resource commitment from acting as a means of trustless verification. Additionally, it drives the overall energy usage of the network, potentially to a point where it could impact the environment negatively if left unchecked.

To develop a solution to the cheating athlete problem, it is necessary to begin with the realization that it is not the total hash rate of a blockchain network that gives it security; rather, it is how that hash rate is distributed. To this end, one seeks a solution where re-distribution of hash rate is a fundamental feature of the protocol (rather than being left to politics, or centralized committees — no matter how well intentioned).

It is possible to balance the chances of winning “the race” by applying a handicap to those runners who are significantly faster and giving an edge to those runners who are significantly slower. In a blockchain network, this can be implemented through a peer-to-peer, thermodynamic-like balancing process that adjusts the individual hashing difficulty for miners smoothly and verifiably. This allows the network to move toward equilibrium in the effective hash rate and circumvents the worst excesses of centralization of mining power on the network, all while continuing to operate autonomously with no trusted third-party involvement.

There are vast many implementations of blockchain technology currently in existence, the majority of them possessing some form of economic or monetary value and employing an underlying technology that aims to best ensure the security and efficiency of the network. However, an algorithmic balancing protocol, which pushes the network closer toward a homogeneous distribution (although not all the way — a completely “flat” network would bring its own economic and security problems) can achieve the optimal balance between the distribution and economic incentivization. This can substantially reduce monopolistic mining practices while keeping the carbon footprint of the network to a minimum by disincentivizing the continuous ramping up of processing power through costly technologies and the building of large ASIC farms.

The issues posed by the widespread mining re-centralization we see commonly today pose a significant challenge for the PoW consensus, but they shouldn’t spell its end. Emerging as revolutionary technology innovation, PoW solved a longstanding mathematical and computer science problem that paved the way for the success of Bitcoin and many other cryptocurrencies, while promising an entirely new means of economic exchange. There is a danger that we won’t fully explore the transformative power of PoW if we cast it aside too hastily.

Related: Staking will eat proof-of-work for breakfast — Here’s why

There are similarities here with humanity’s exploration of economic systems. Capitalism is one of the greatest, most progressive systems ever developed in human history — improving innovation, lifespan, opportunities and quality of life for billions of people. However, left unchecked, it can drive unprecedented wealth, inequality and potentially even take us to the brink of climate catastrophe. Rather than abandon it entirely, what societies typically try to do is to balance the pros and cons of this system — to create a form of tempered capitalism in which greed and monopolistic endeavors are not allowed to dominate entirely, so that a more responsible, functioning, fairer society can emerge and flourish. This is largely what societies have tried to implement (to varying levels of success) in the form of wealth redistribution through, for example, taxation, anti-monopoly laws, etc.

Similarly, the PoW consensus is a revolutionary invention but needs tempering to curb the worst excesses of greed within the system. Collectively, we have a chance — and the responsibility — to align the PoW consensus protocol more with the needs of society and with its original purpose by reducing monopolistic tendencies and preventing crypto mining re-centralization. Simply put, instead of reinventing the wheel (abandoning PoW in favor of risky alternatives), what is needed is a way to harness the wheel more effectively to build a machine that connects and changes the world.

This article does not contain investment advice or recommendations. Every investment and trading move involves risk, and readers should conduct their research when making a decision.

The views, thoughts and opinions expressed here are the author’s alone and do not necessarily reflect or represent the views and opinions of Cointelegraph.

Alexander Hobbs is the director of science at Zenotta. Alexander is a Ph.D. graduate in theoretical astrophysics and has authored numerous scientific publications in the areas of supermassive black holes, galaxy formation and dark matter and has spoken at a number of international conferences and workshops. Prior to joining Zenotta, he held postdoctoral positions at the Institute for Astronomy at ETH Zurich in Switzerland and the Institute for Computational Science at the University of Zurich.