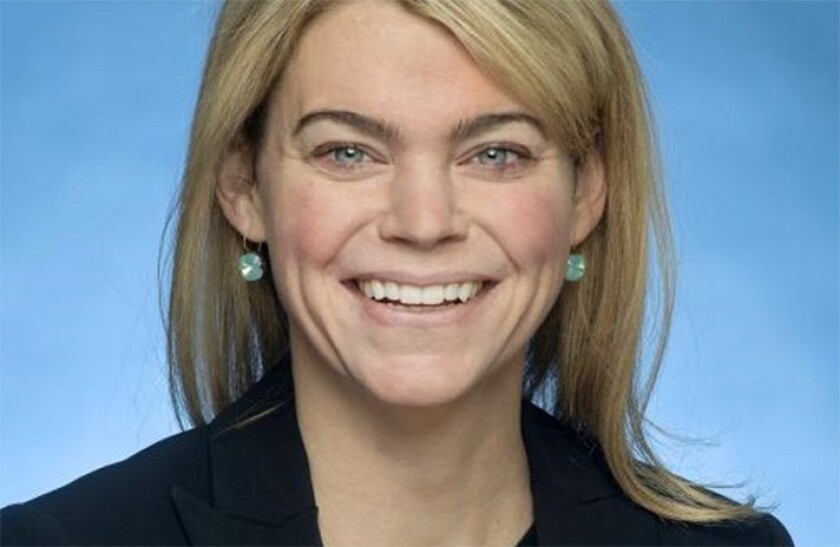 Sarah Feinberg, acting president of the Metropolitan Transportation Authority’s New York City Transit division and a would-be appointee of Gov. Andrew Cuomo for a top leadership position there, is leaving as of Friday,

The departure of Feinberg creates another leadership void at the nation’s largest mass-transit system, which is trying to recover from the economic damage due to the COVID-19 pandemic.

Chairman and CEO Patrick Foye is also leaving, Cuomo having assigned him to lead the Empire State Development Corp., the state’s economic dveelopment wing. Cuomo on Thursday named Janno Lieber, the MTA’s chief development officer and the sole remaining member of the leadership troika, as acting MTA board chairman and CEO.

Before joining the MTA in 2017, Lieber coordinated the completion of the World Trade Center reconstruction.

“Janno Lieber is the right guy to lead the MTA through these tough times,” said Mitchell Moss, director of New York University’s Rudin Center for Transportation. “He turned around the MTA’s capital construction [unit], modernizing the way the MTA builds major projects — and gets them done on schedule. Janno’s work in the federal government will be a great asset in the coming years, as the federal government takes on an active role in financing infrastructure.”

The state-run MTA is one of the largest municipal issuers with nearly $50 billion of debt. It operates New York City’s subways and buses, two commuter rail lines and several interborough bridges and tunnels.

Cuomo had sought to split Foye’s vacancy by having Feinberg chair the board and Lieber run day-to-day operations. State lawmakers, however, have stalled the plan, saying it would have concentrated excessive power in the governor’s hands.

Feinberg, who cited family considerations, reportedly would have remained under the split.

Ridership on subways, buses and commuter rail plummeted by as much as 90% after business shutdowns and work-at-home mandates took hold when the pandemic escalated in March 2020. Ridership rebounded since and is now at half of pre-pandemic levels.

At last week’s board meeting, Chief Financial Officer Robert Foran said that without a 2021 fare increase, a two-year wage freeze and service cuts, the authority could face a combined $3.5 billion deficit in 2024 and 2025.

Feinberg, a West Virginia native, is a former administrator of the Federal Railroad Administration and former chief of staff at the U.S. Department of Transportation. She is the founder of Feinberg Strategies LLC, a tech-focused consulting practice.

According to data on the Municipal Securities Rulemaking Board’s EMMA website, a block of Series 2020A, Subseries 2020A-1 transportation revenue bond anticipation notes maturing in 2023 that originally priced at 111.045 cents on the dollar and a 1.31% yield, sold to a customer Thursday at a price of 106.572 cents and a 0.608% yield.