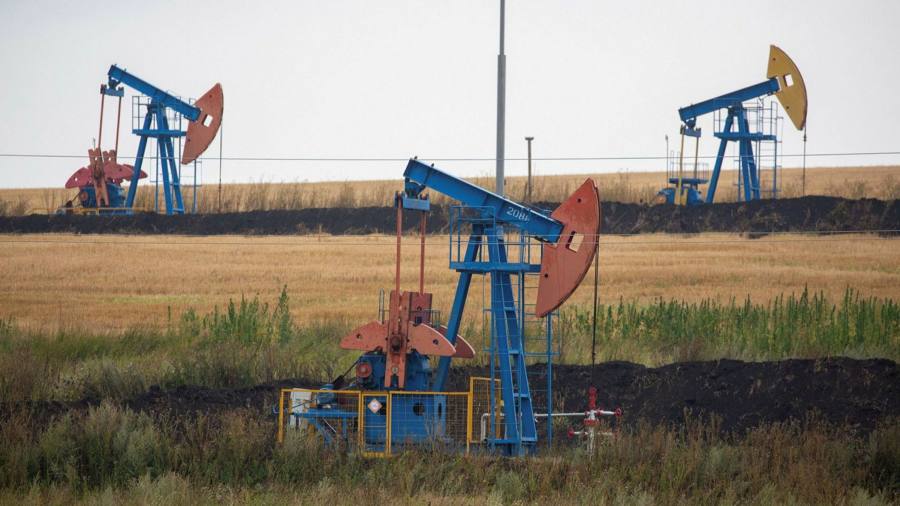 Opec and its allies have reached an agreement to raise oil production at a time of soaring prices after compromising over how the output targets of some of its largest members are calculated.

Members of the Opec+ group including the UAE, Saudi Arabia, Russia, Iraq and Kuwait will all be awarded higher production baselines — the level from which output deals are calculated — in a victory for Abu Dhabi that had threatened to scupper a deal early this month.

The result of the long-delayed meeting should mean higher oil production from members in the months ahead, as oil prices have soared to the highest level in three years, threatening to drag on the economic recovery during the bounceback from the pandemic.

Initially, Opec+ will pump an extra 400,000 barrels a day each month from August, ramping up output by about 2m barrels a day in total by year end. Those monthly production increases will continue next year, with Opec+ saying it has extended the deal until December 2022 from April 2022.

Saudi Arabia’s energy minister Prince Abdulaziz bin Salman said he believed the deal demonstrated the group could overcome disagreements and that the oil market would now have greater clarity.

“We’re back with full strength and determination,” Prince Abdulaziz added, who had joked at the beginning of the meeting that, like Arnold Schwarzenegger’s Terminator catchphrase “I’ll be back”, Opec+ was “here to stay”.

Under the agreement, the UAE’s production baseline, which it has complained failed to reflect its rising production capacity, will go up to 3.5m b/d from about 3.2m b/d at the moment.

UAE’s energy minister Suhail Al Mazrouei said that despite the disagreements this month the country remained “committed to this group and will always work within this group” when trying to balance the oil market.

The oil producers’ group slashed production by almost 10m b/d at the height of the demand-sapping lockdowns and travel bans in April 2020, but has slowly added production back as economies reopen.

About 5.8m b/d of output remains off the market, but that level is expected to be largely returned by the end of 2022.

Brent crude, the international oil benchmark, has soared to a three-year high above $75 a barrel as demand has recovered, with traders warning that the market is tightening rapidly.

Questions remain over whether the amount of volume restored by Opec+ will be enough to significantly damp prices in the coming months, as demand is expected to continue to rise.

The UAE’s complaints over baselines had thwarted a deal this month and revealed a faultline between Abu Dhabi and Riyadh, with Saudi Arabia traditionally the most powerful member of the core Opec group.

Talks this week with Saudi Arabia laid the groundwork for the compromise.

The decision to increase other large members’ production baselines appears calculated to avoid a split in the wider group, though it is unlikely to lead to higher production until next year, when the original deal expires in April 2022. The existing baseline will remain in place until that time, Opec+ said, but the monthly 400,000 b/d production increases will continue until the end of 2022.

Prince Abdulaziz indicated that under this plan Saudi Arabia’s own production could rise above 11m b/d in the second half of next year.

“This is a sign that Opec+ is keen to continue managing the market and drawing down inventory,” said Amrita Sen at Energy Aspects. “The baseline changes complicate matters a bit but the group is practically guaranteeing 400,000 b/d each month after May 2022, which will keep supplies in check.”

The next Opec+ meeting will be held on September 1.