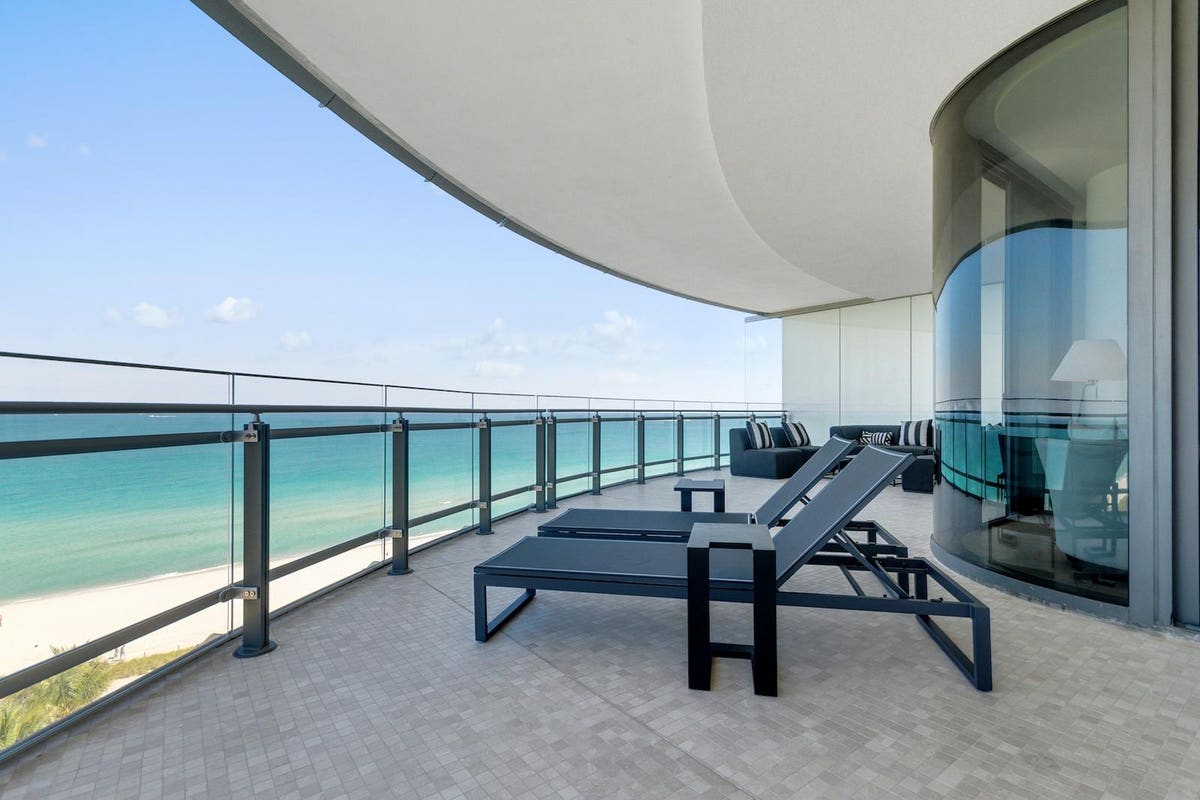 Coming off his 19th Grand Slam title at Roland Garros last weekend, Djokovic last night sold his 2,421 square foot condo in Miami Beach’s exclusive Surfside neighborhood for $6 million. On top of the $1.69 million that he netted by capturing his second French Open title last weekend, $7.69 million for the month of June isn’t a bad haul.

Djokovic went under contract on the 3 bed, 3.5 bath residence in Eighty Seven Park back in April 2017 as an investment before the building was even a hole in the ground. He finally closed as it neared completion in December 2019 for $5.77 million, paying almost half a million less than the unit’s original asking price of $6.2 million. He promptly turned around and listed it for $7.15 million in January 2020, two months before COVID-19 shut the world and real estate down.

The Serb phenom originally attributed his gravitation to the then concept building to Surfside’s laid back vibe, quiet money, and relatively open spaces compared with neighboring South Beach, which presumably wasn’t congruent with his legendary fitness, dietary, and stretching regimes (the famously mischievous “Djoker” is known to enjoy a night out at the clubs every once in a while).

“I was inspired by the unmatched level of service, exclusive park access, in-house botanist and panoramic views of both land and sea,” Djokovic said about Eighty Seven Park when he went under contract. “I simply love design of the building. This is an unexpected location in a neighborhood that’s rapidly growing. It will be my new retreat,” adding that it would create the “perfect lifestyle” for he and his wife, Jelena.

Right on the beach, the boutique 18-story, 70-residence glass-and-concrete ellipse was designed by Pritzker Prize winning architect Renzo Piano, and features unobstructed Atlantic Ocean and Miami skyline views at the northern end of North Beach Oceanfront Park, one of the largest green spaces in Miami.

The building also includes its own exclusive spa with a Vichy shower, sauna, steam, and Turkish hammam, a private library and lounges, technology center, an enoteca with an in-house sommelier, a restaurant run by Toscana Divino, beach and butler service, private gardens, reflecting pools, resort cabanas, Zen-like water features, and a custom botanical exhibit—all of which Djokovic presumably anticipated would to elevate his game in his pursuit of his 20th Grand Slam at the end of this month at Wimbledon, which would tie him with Roger Federer and Rafa Nadal for the most men’s major titles.

Inside, Djokovic’s villa in the sky has some nice touches as well for a man whose net worth is estimated to be in the $250 million range and can buy pretty much anything he wants, including interiors by Rena Dumas, custom stone counter tops and back splashes, Zucchetti bathroom fixtures, 10’ floor to ceiling windows, and a 1,715 square foot crescent shaped terrace suspended out over the ocean almost as if Piano himself had designed it for stretching and yoga.

Reflecting Djokvic’s global lifestyle, Eighty Five Park residents are also an eclectic mix of people from all over the world, says Douglas Elliman’s Joyce Gato who represented the buyer, manuy of who “are sophisticated and worldly with a fine appreciation for art and architecture.”

Novak and Jelena’s draw to Eighty Seven Five wasn’t all lifestyle and emotion, however. Over the past several years, Djokovic quietly has amassed an enviable, trophy-level real estate portfolio, including a hillside Monte Carlo mansion and a pair of SoHo condos 565 Broome in Lower Manhattan, another of Piano’s rare American commissions.

As for the buyer, Elliman’s Gato says that they are from the Northeast but couldn’t reveal their plans for the residence or how much time if any they intend to spend there. But “they loved the architecture, the views and its relation to the park,” shared Gato. “They also loved the way Renzo took advantage of the outdoors with the large balconies and extended living space it provides.”

As for whether there was a “Djokovic” factor in your buyer’s motivation to make an offer and close on the property, Elliman’s Gato said, “All I can say is that they are huge fans of his”.